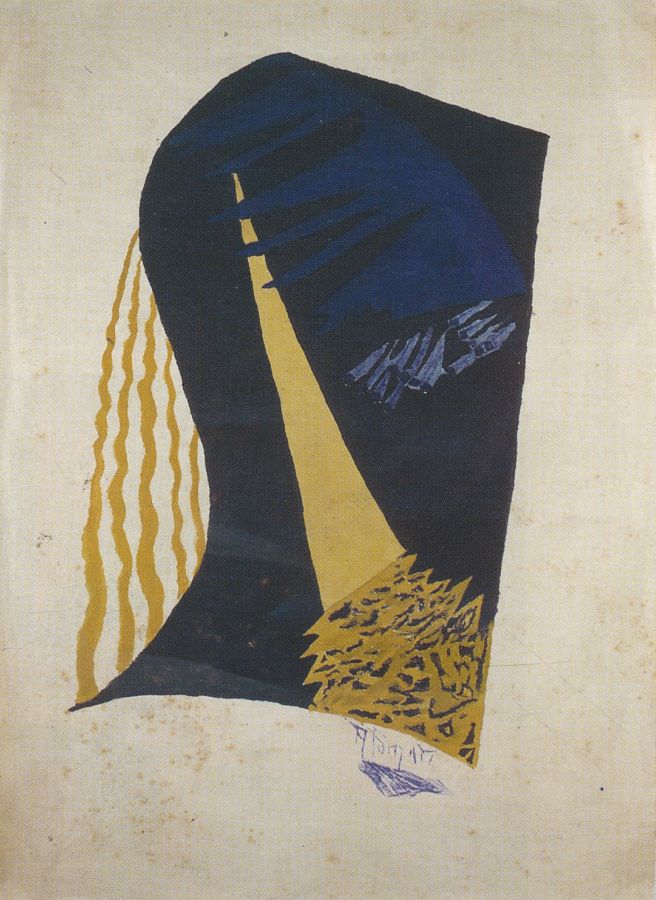 Set designer, painter, writer and art critic, he joined the group of Roman futurists at a very young age. At the beginning of the 1920s he exhibited in numerous group exhibitions set up by the Futurist artistic unions, with Balla, Prampolini, Marchi, Paladini and Pannaggi, and in particular at the Futurist exhibition at the Winter Club in Turin and at the first Futurist Exhibition in Macerata (May-June 1922) ; then to that of Italian art at the Modernissimo Theater in Bologna. In 1924 he was with the futurists at the International Ausstellung neuer Theater-technnik at the Konzesthaus in Vienna. Then he moved to Paris, where he carried out research on the book-object and, in 1926, he created for Gualtieri di San Lazzaro a collection of poems by contemporary authors in five copies, with original tempera illustrations. In Italy he frequently attends the Casa d'Arte Bragaglia, where he exhibits his drawings and paintings, and weaves very close relationships with Paladini and Depero. In 1927, with Umberto Barbaro, Paolo Flores, Dino Terra and Vinicio Paladini, he founded the Imaginist Movement in Rome, which was presented on February 5 by Bragaglia, where the group exhibition is set up.
It seems that at the origin of the movement are the tempera paintings and designs by Fornari, defined in a previous conference by Paladini "fantastic dream cities".