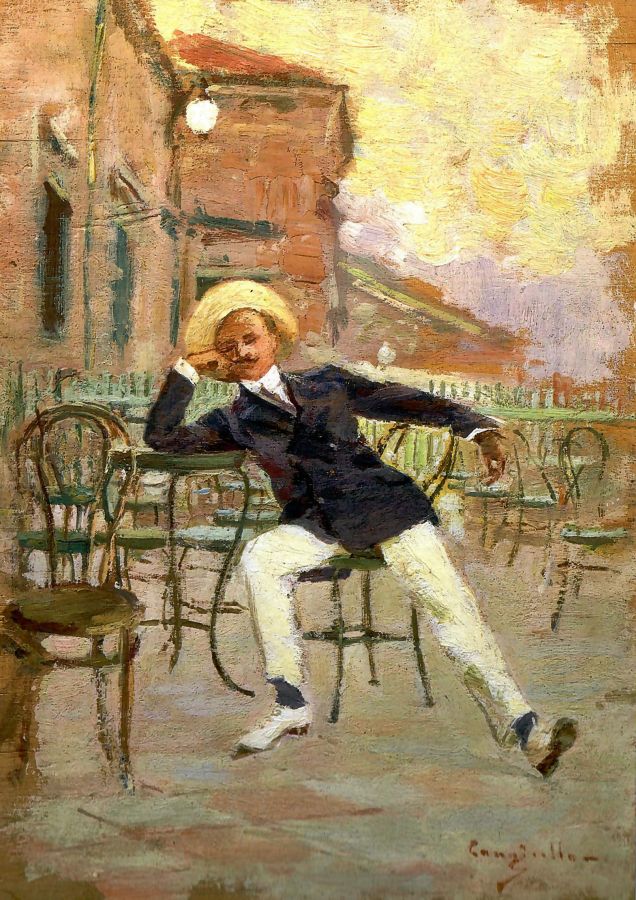 (Naples, 1884 - Livorno, 1977), a multifaceted and self-taught artist, he soon acquired a sure command in the design and composition of words and music for Neapolitan songs. In 1906 he published the file "Piedigrotta Cangiullo" (Naples, Tipolitografia Elia) and collected in a notebook a series of poems in the vernacular entitled "Green new" (the document is kept in the Foundation Archive). In 1910 he reads a Futurist manifesto for the first time and is struck by it. Officially joined the movement two years later, he collaborated with futurist magazines and in 1916 published "Piedigrotta. Words in freedom ". He takes part in the synthetic theater season and between 1921 and 1923 makes the most significant contribution to futurism with the theorization, organization and management of the "Surprise Theater", conceived together with Marinetti in Naples. The bankruptcy of the company, destined to totally re-establish the paradigms of traditional theater, determines the break with movement. In 1924 Cangiullo exits Futurism. In 1930 he published "The futuristic evenings" followed by many other narrative and poetic works that testify to the beginning of the season of memories.