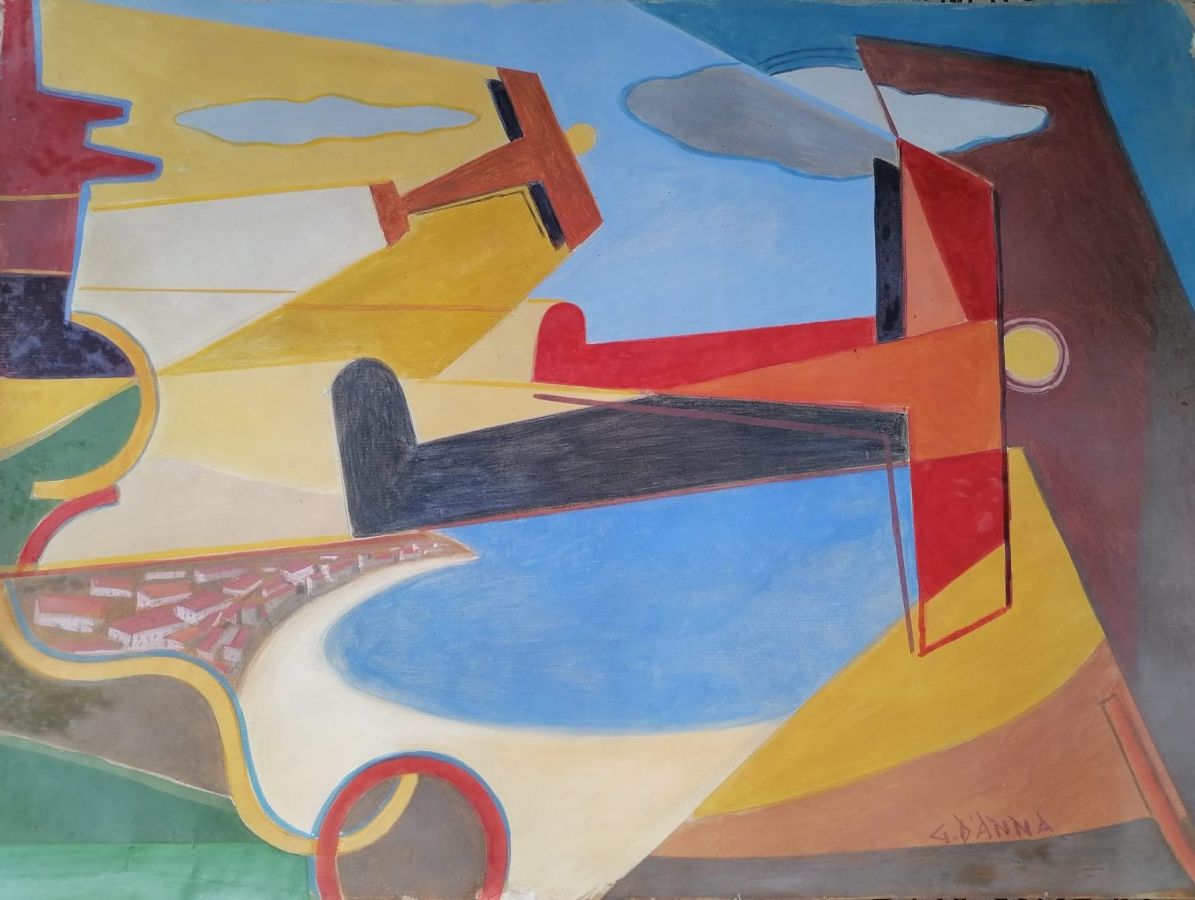 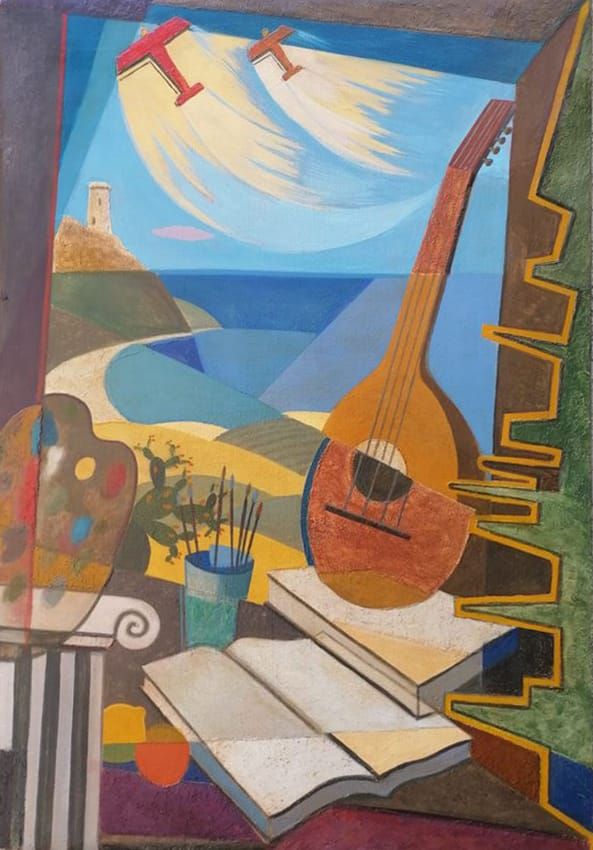 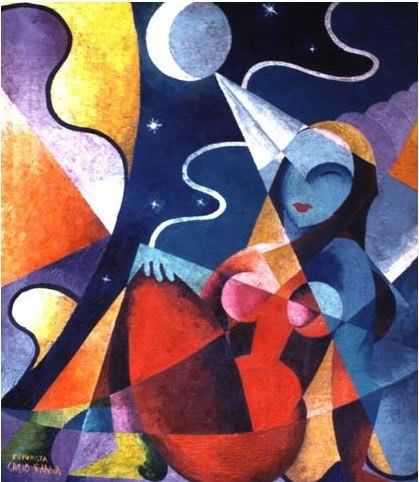 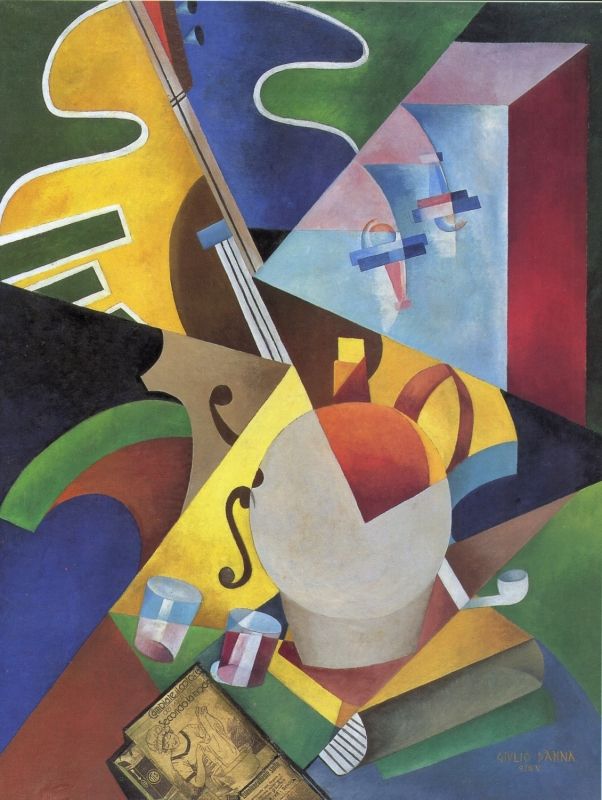 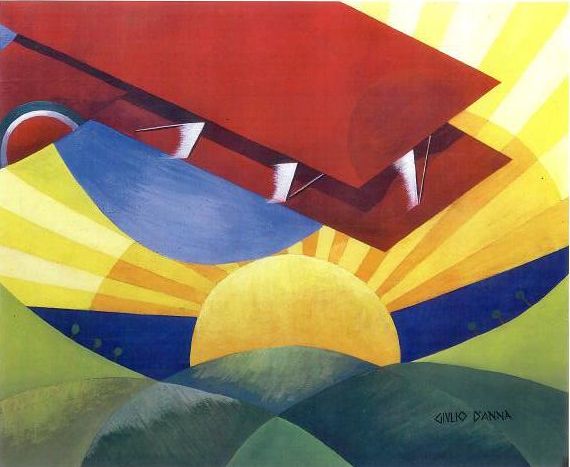 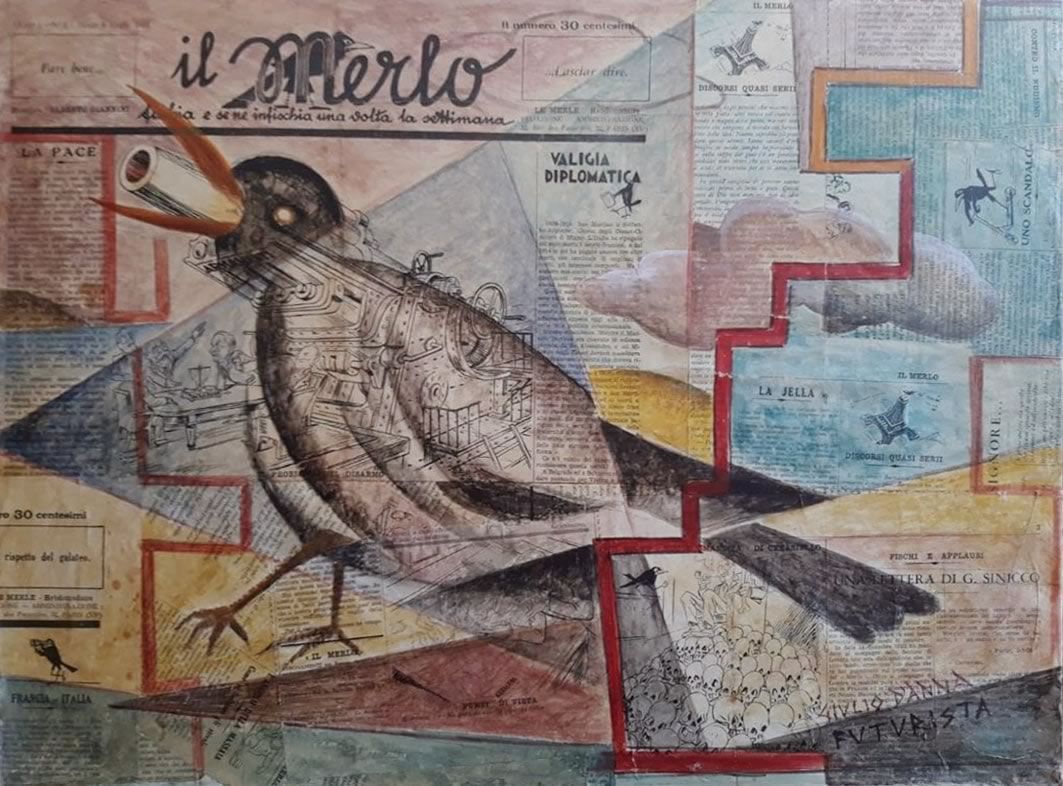 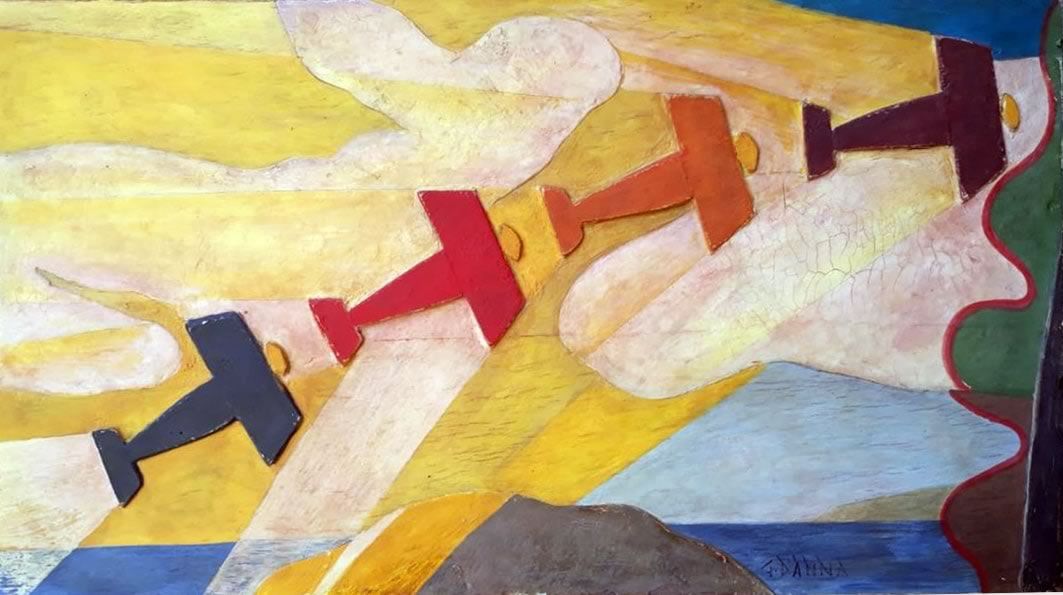 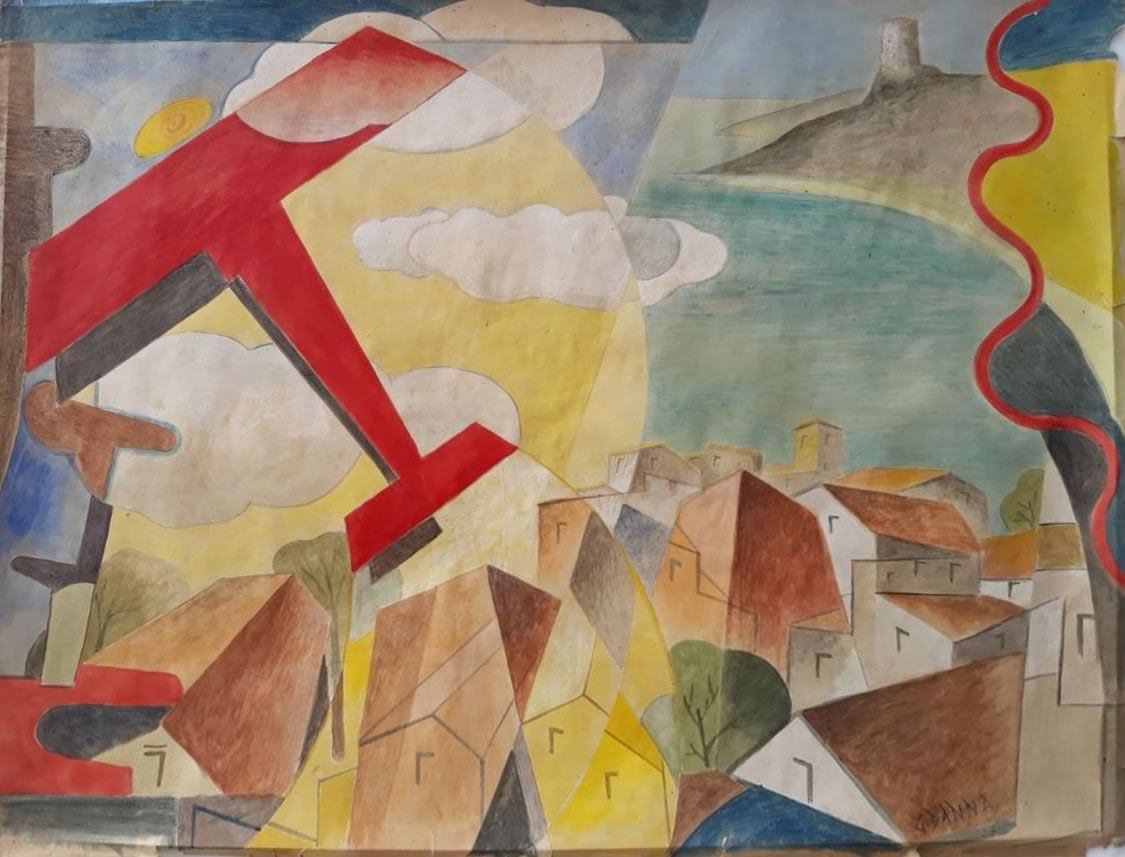 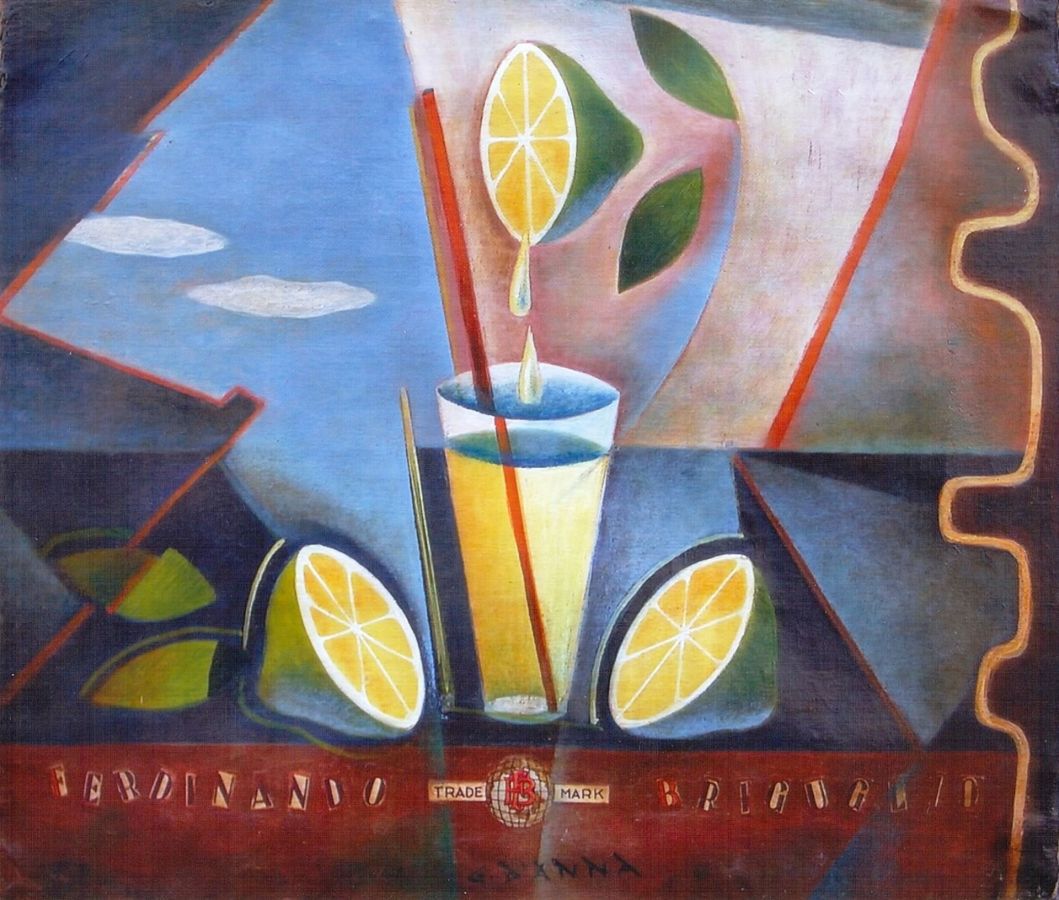 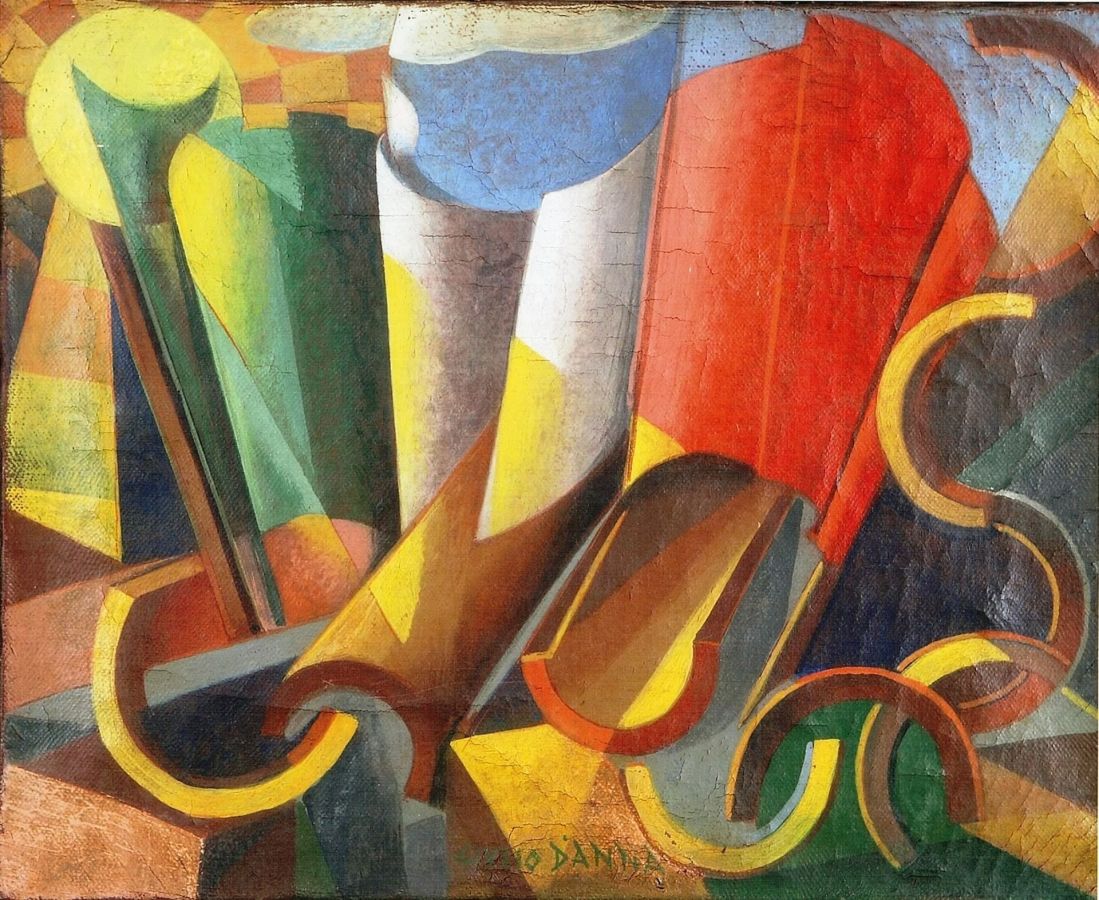 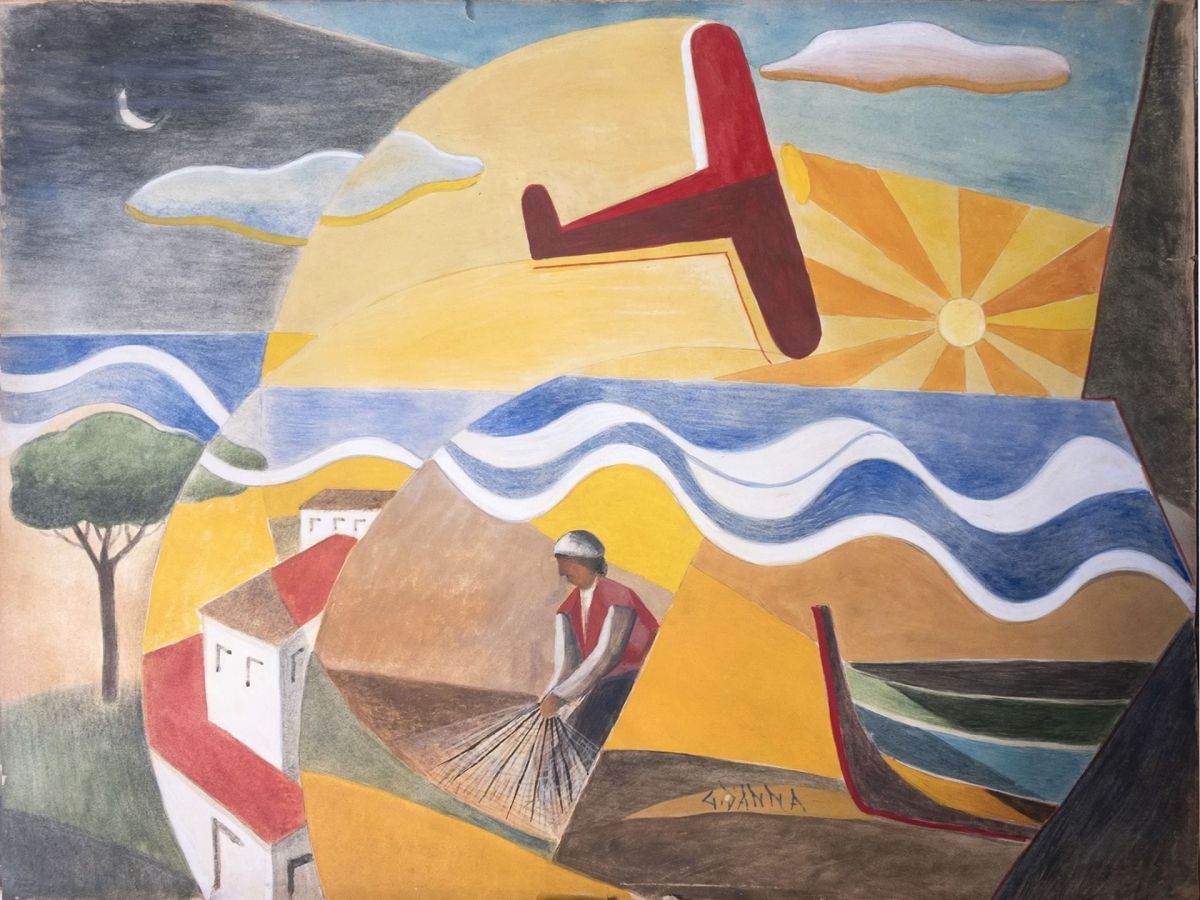 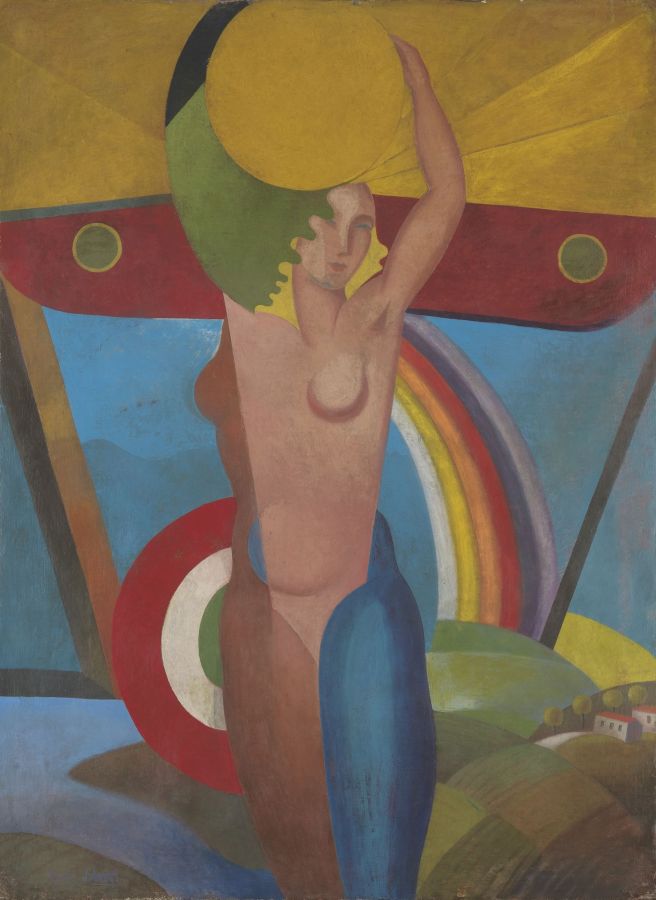 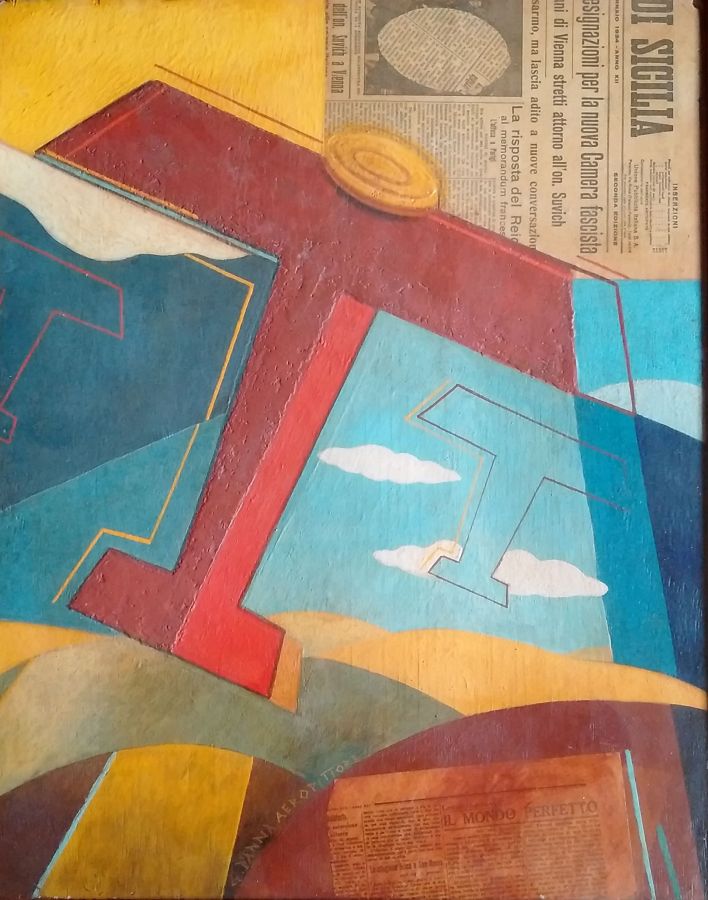 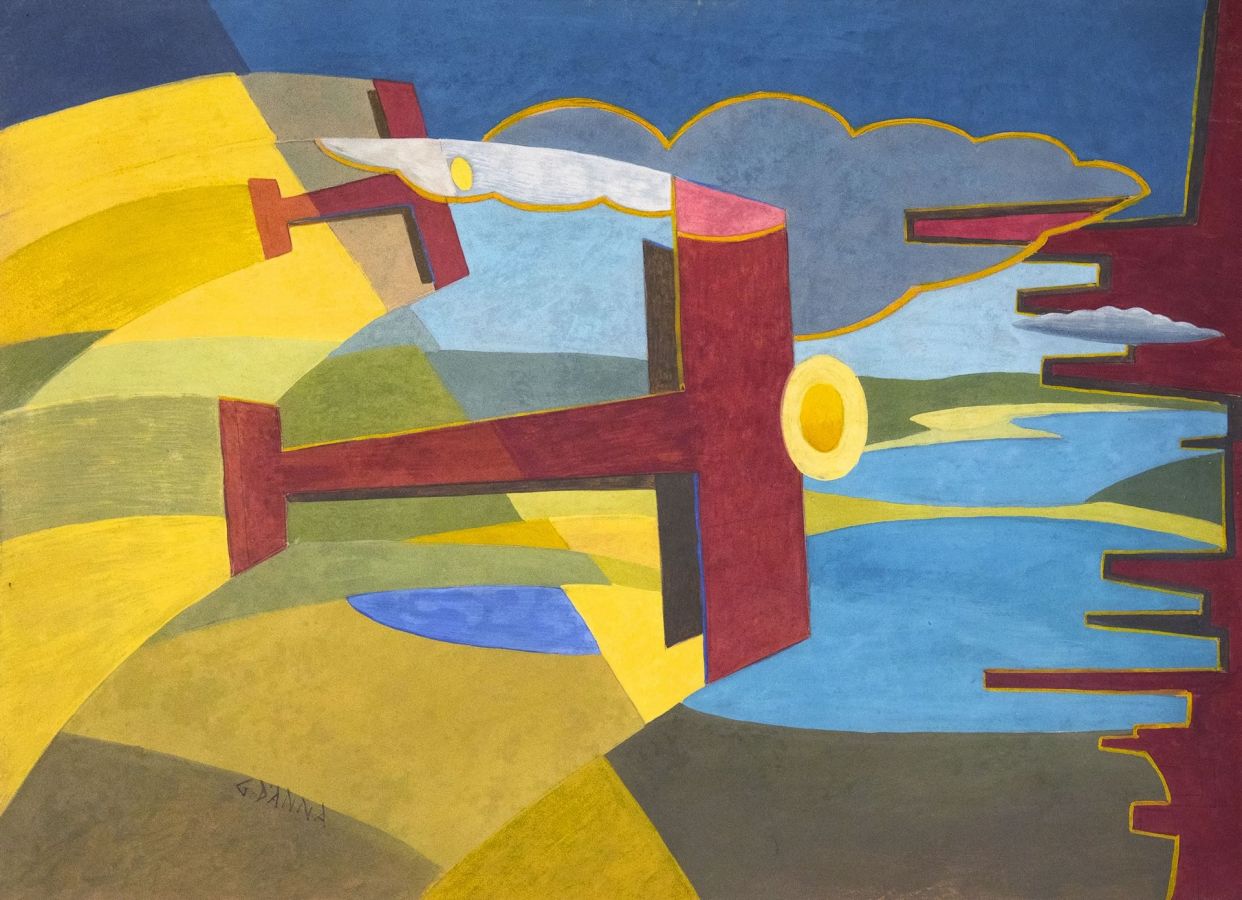 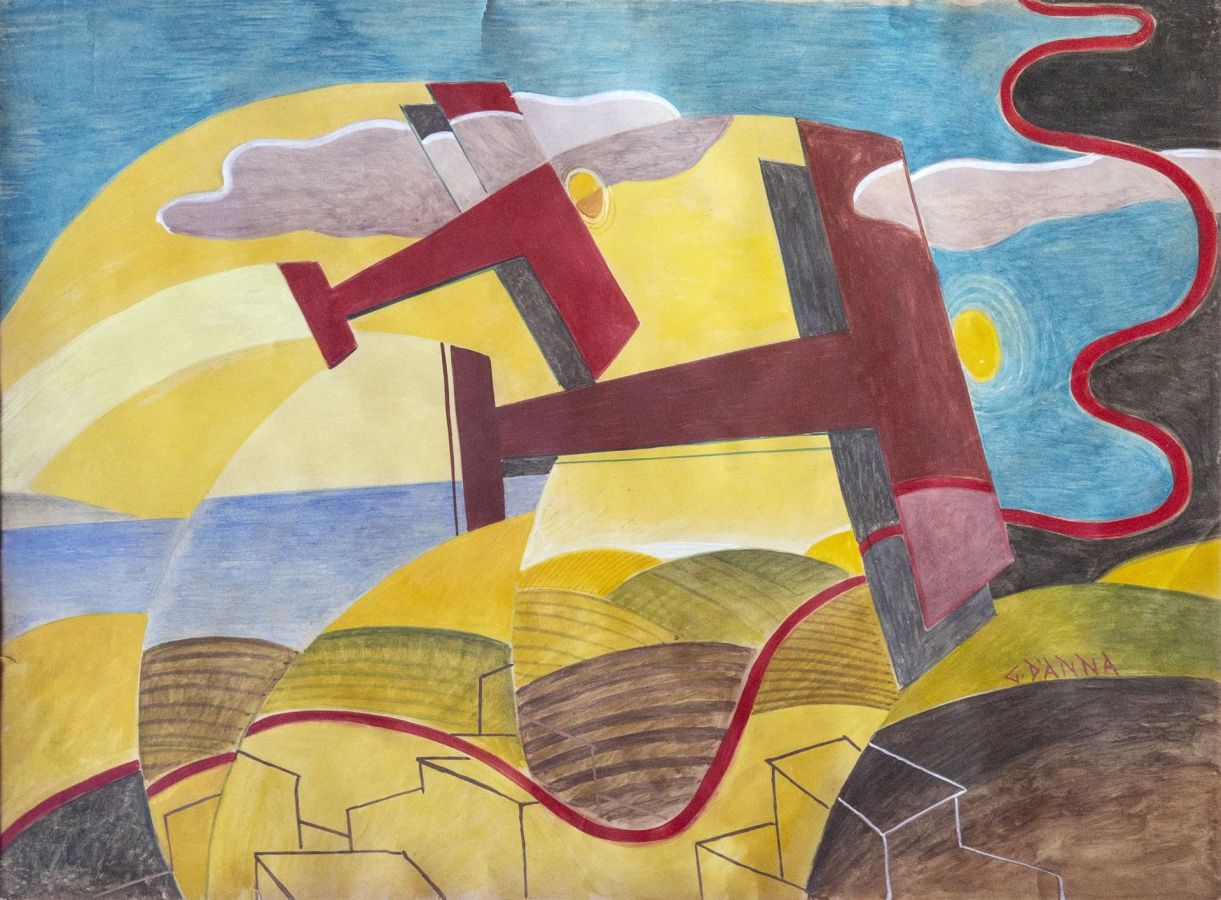 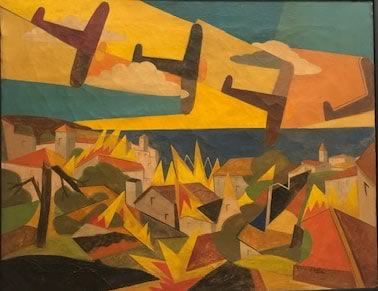 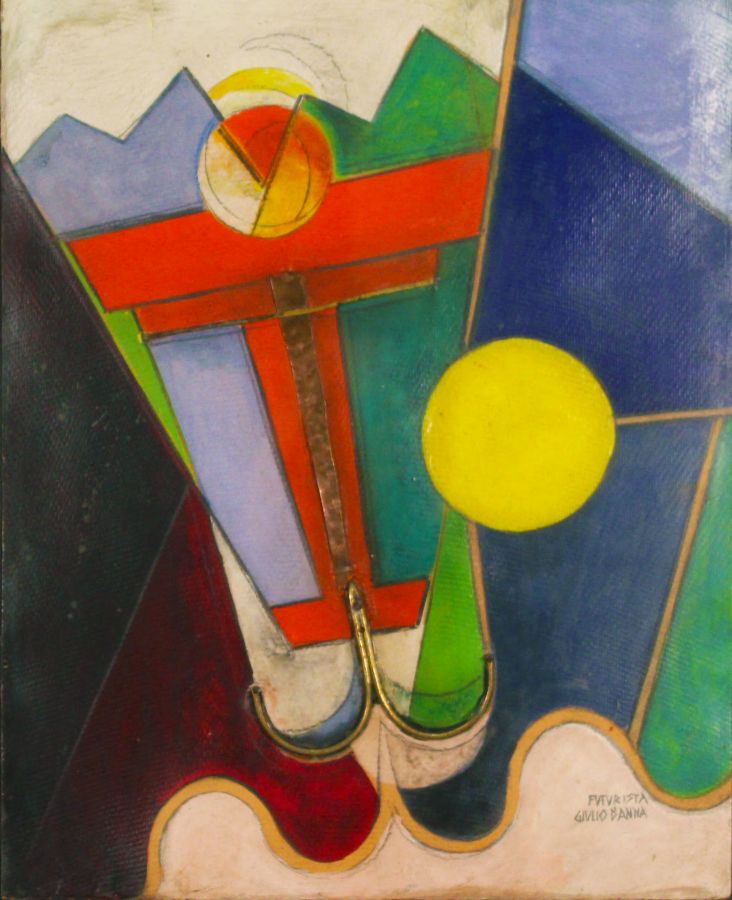 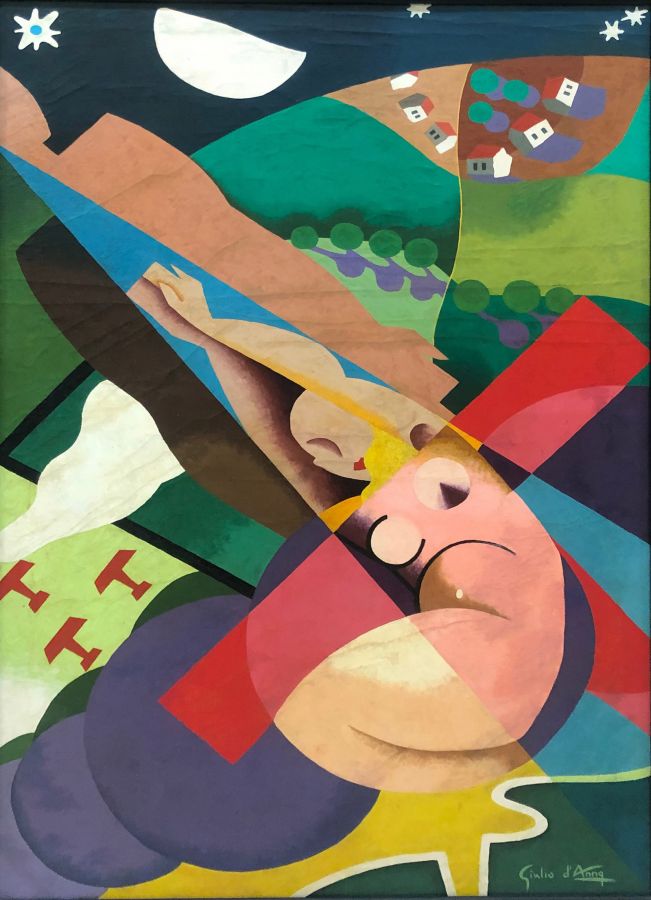 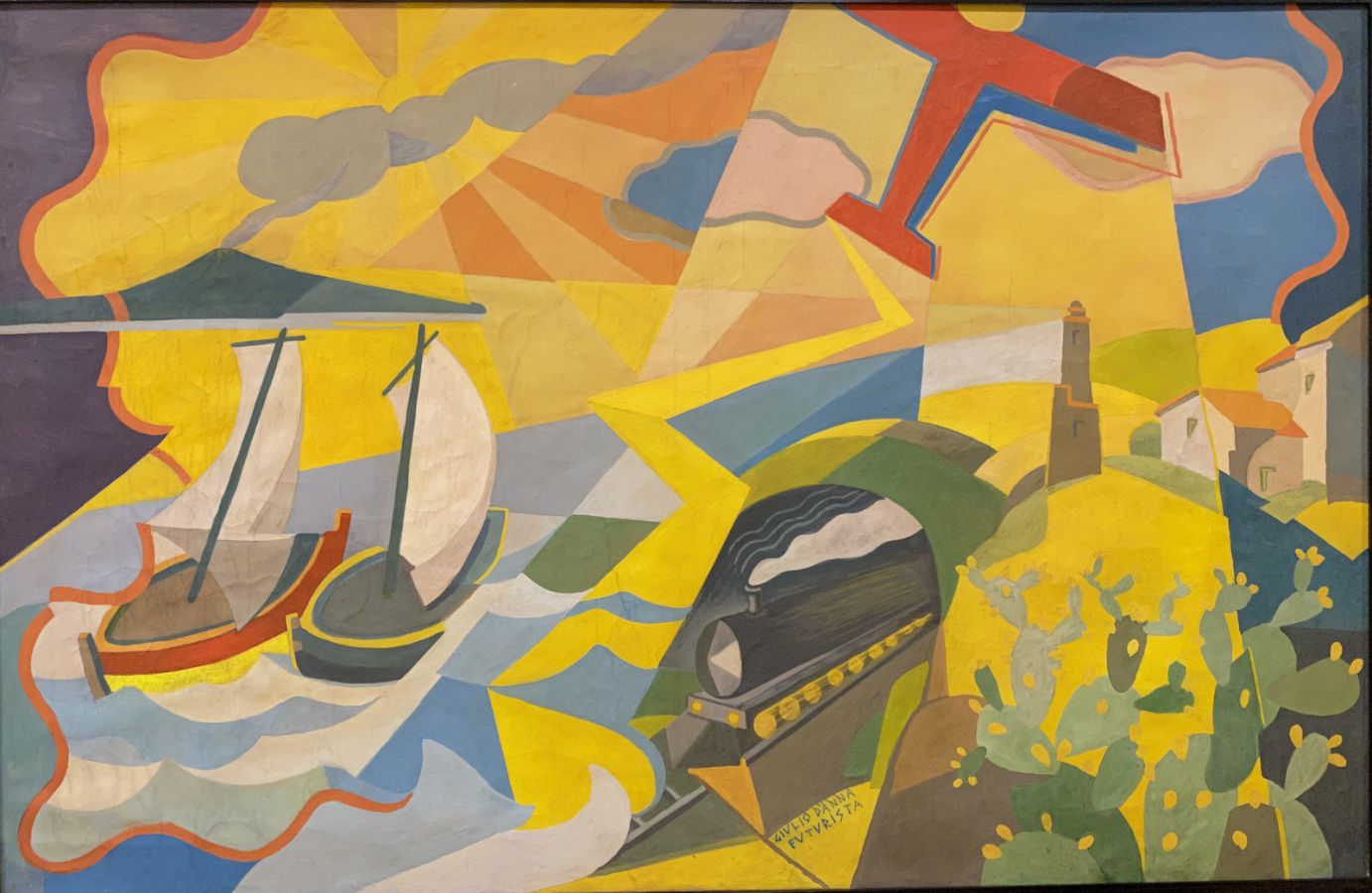 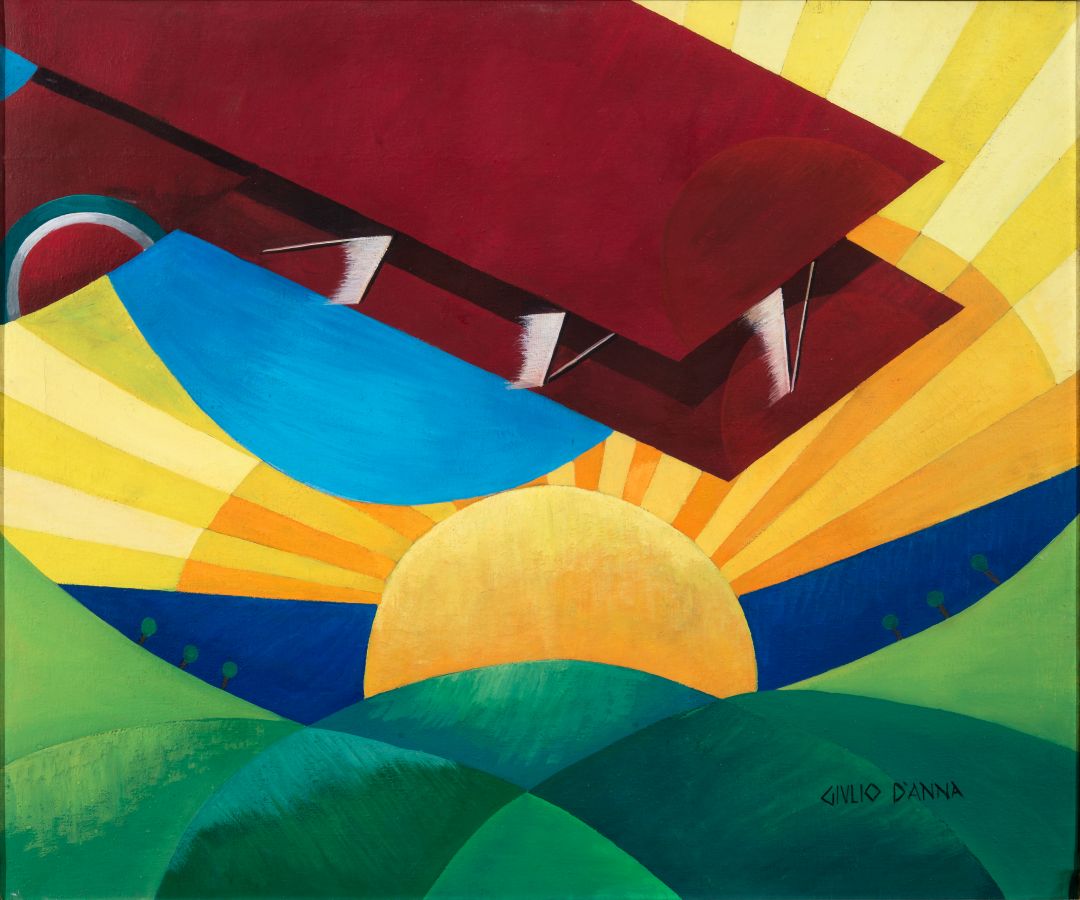 protagonist of the Sicilian artistic avant-garde and especially of futurism, Giulio D'Anna was born in Villarosa (Enna) on August 28, 1908. After the death of his father Giuseppe, he moved very young to his older brother Giacomo, first in Palermo where he worked in the Trimarchi Library , and later in Messina when it was used in the Principato Brothers Library where, in 1926, he exhibited Fortunato Depero who directed him towards the futurist pictorial technique especially in the aeropictorial field. In Palermo, barely eighteen, he had his first contacts with Futurism and was self-taught in artistic techniques. In Messina the meeting with Guglielmo Jannelli, his pygmalion, is crucialHe is enthusiastically praised by Filippo Tommaso Marinetti, who arrived in Messina "futurist city" in 1931 for a conference at the Fascist Center of Culture; on this occasion Marinetti also visits the futurist exhibitions of D'Anna and the photographer Francesco Mauceli. It was Marinetti himself who inaugurated the painter's staff in the hall of the Grand Hotel in 1933. Closed the futurist parenthesis of Pippo Rizzo and Vittorio Corona, passed to "Novecento", Giulio D'Anna remains the only Sicilian artist to represent Futurism in the main collective exhibitions of Aeropittura and Sacred Futurist Art in the years 1931-36 (Quadrennial of Rome , 1935: Cosmic metamorphosis; Venice Biennale, 1934-1935: Lovers of space; Venice Biennale 1936: Erotic spheres).