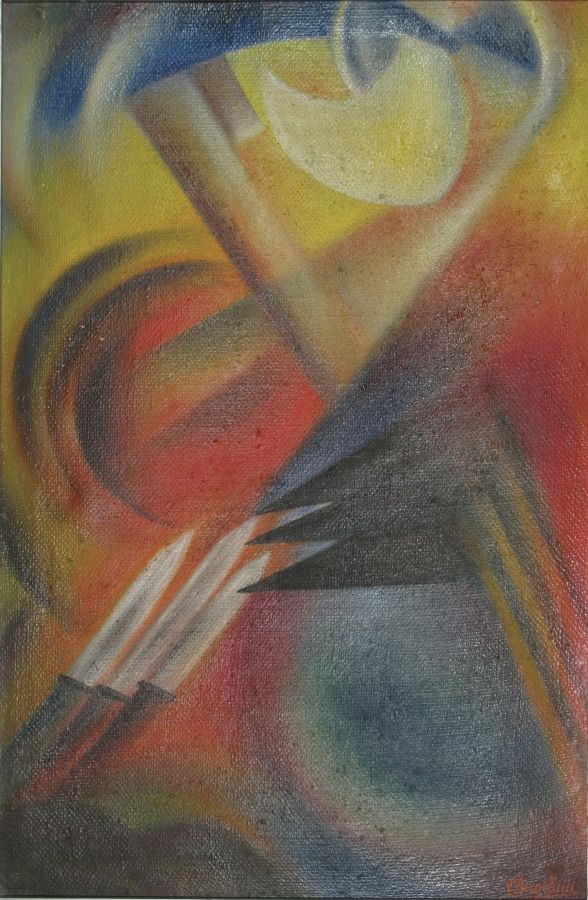 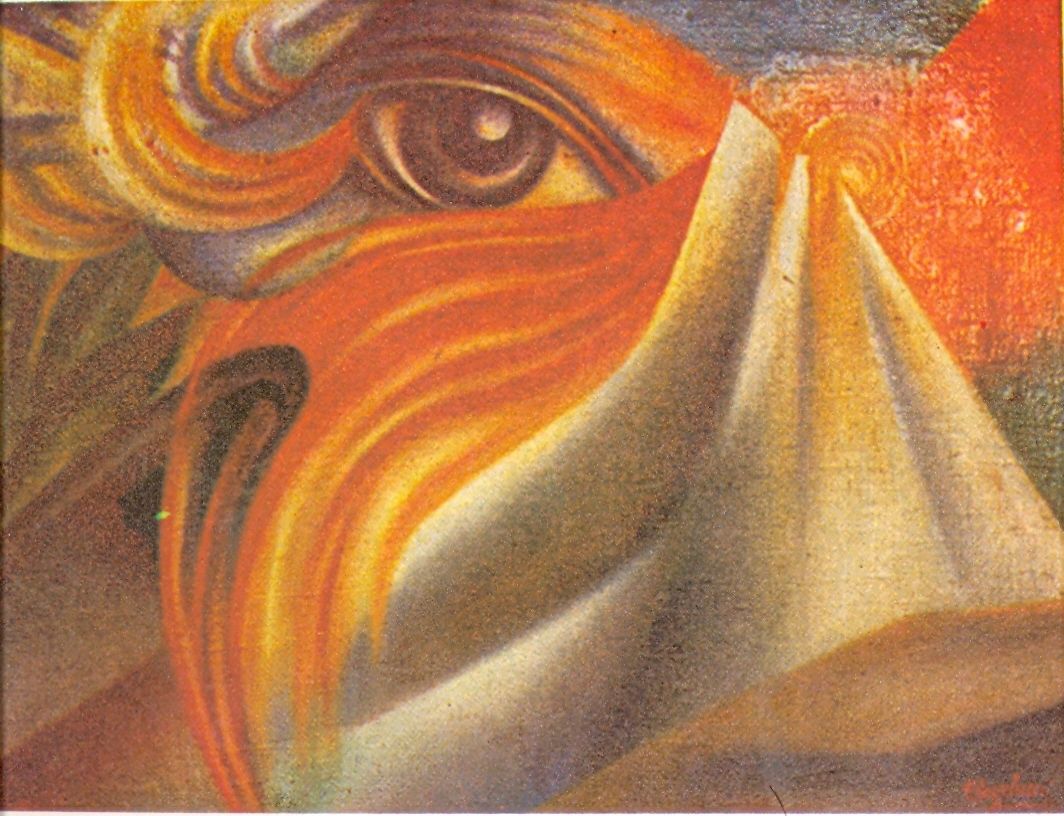 Born of a high middle class family, she spent her entire childhood in Foligno [1]. She was sent by the family to Perugia to the Collegio Santo Spirito to continue her studies at the magistral institute, as was customary for women, although she wished to attend the courses of the Academy [2]. As soon as she graduated, she returned to Foligno and began to devote herself to her passion, art, ranging from the wall panel, to the enamel and oil painted glass, to the canvases, to the tiles. In 1910, at the turn of the twenties, he married Ottorino Angelucci, an industrialist from Perugia.

In the 1920s the first attempts in the field of non-traditional painting began with the creation of tapestries, taking up an ancient technique used by the women of Spello. In 1930 he participated in the first international exhibition of sacred art in Valle Giulia in Rome where, exhibiting his tapestries, he received a silver medal as recognition. In 1932 he met Gerardo Dottori, a leading figure of futurism in Perugia. Success began to arrive in 1933, when one of his paintings was exhibited at the exhibition "Premio Golfo della Spezia", ​​conceived by Tommaso Marinetti, founder of the futurist movement. He participated in the most important Italian exhibitions such as the XX and XXIII Venice International Art Exhibition (in 1936 and 1942), and in the Rome Quadrennials of 1939 and 1943. He exhibited in Naples, Terni, Rome, Orvieto, Milan, Cremona, Bologna, Florence and Foligno, sending only the works and never going in person [3]. He also experimented with poetry, in fact in 1939 on the occasion of a visit by Mussolini to Foligno he dedicated a collection of Umbrian futuristic Aeropoesia to Marinetti, which was later published posthumously in 1983. He enrolled in the Union of Umbrian artists and at the Roman Academy of Culture. At the beginning of the 1950s Cominazzini remained a widow, which threw her into a profound discomfort and her painting also underwent a radical change, turning to subjects such as the cosmos, satellites and stars.