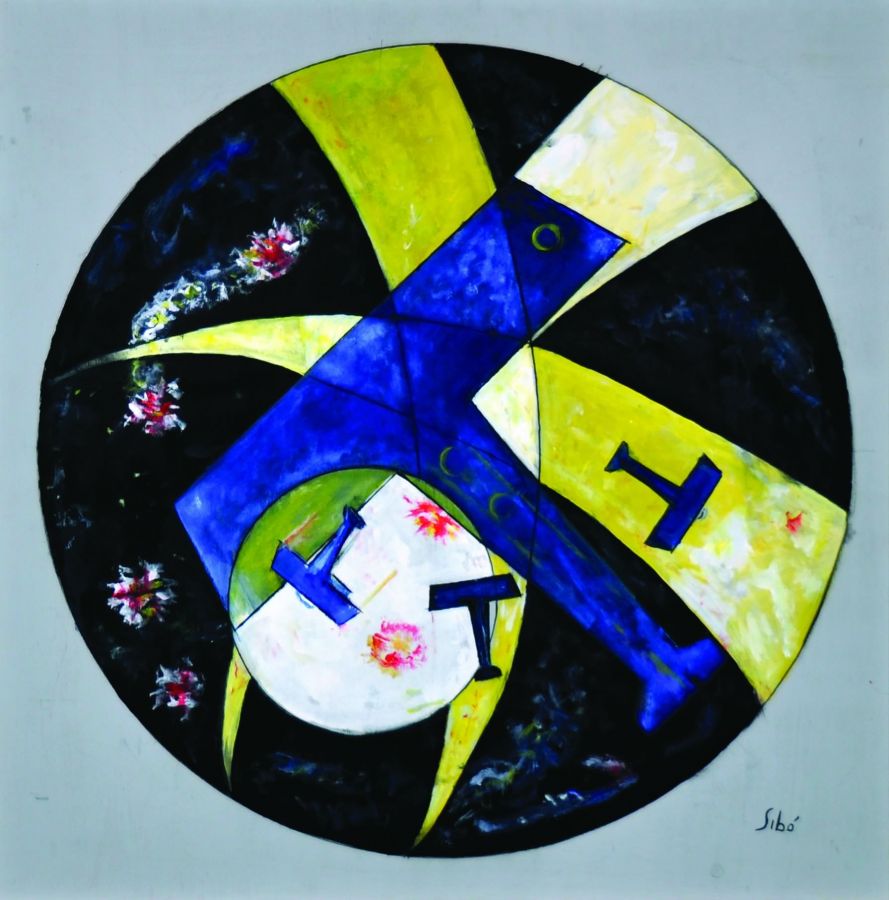 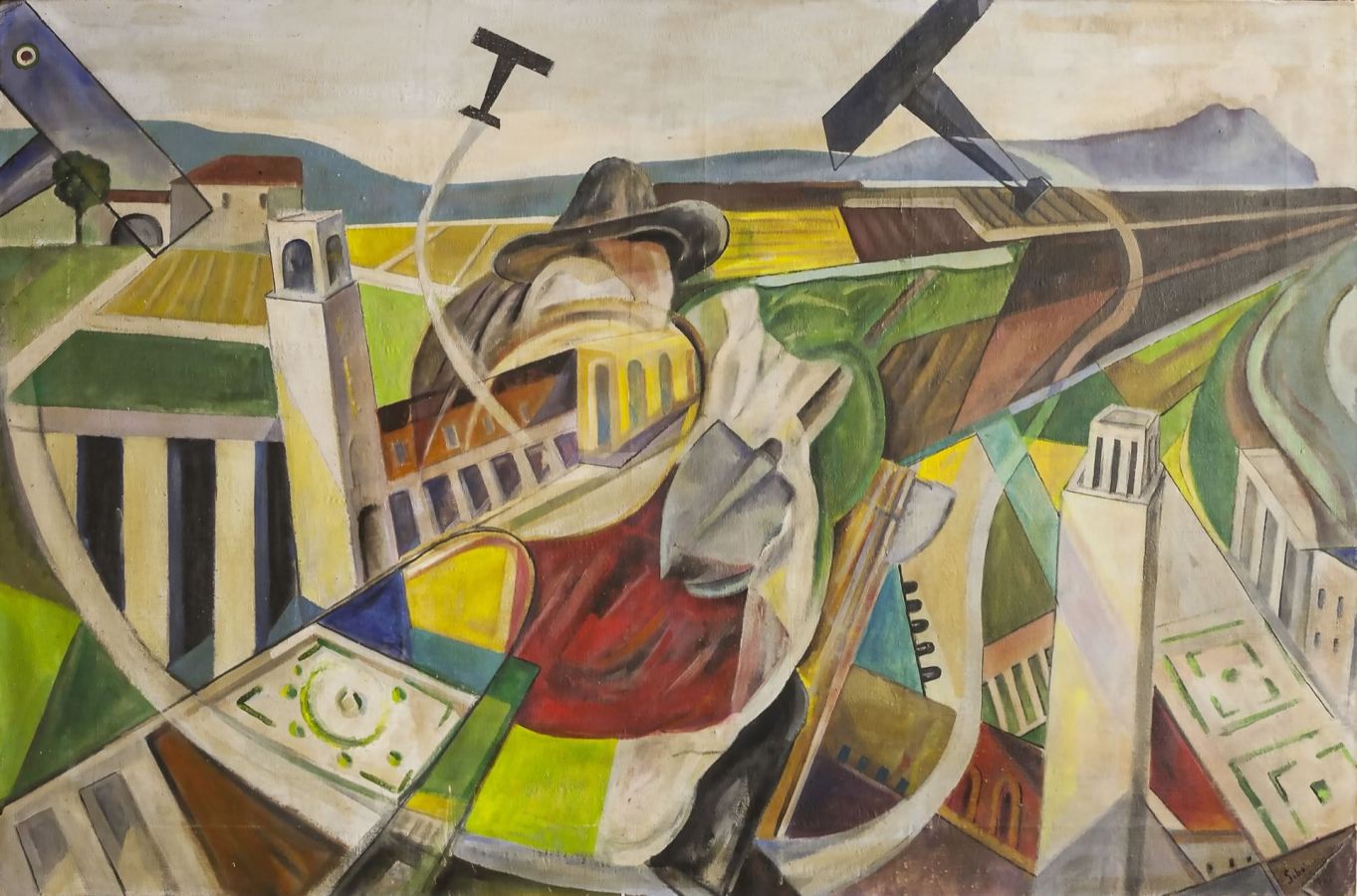 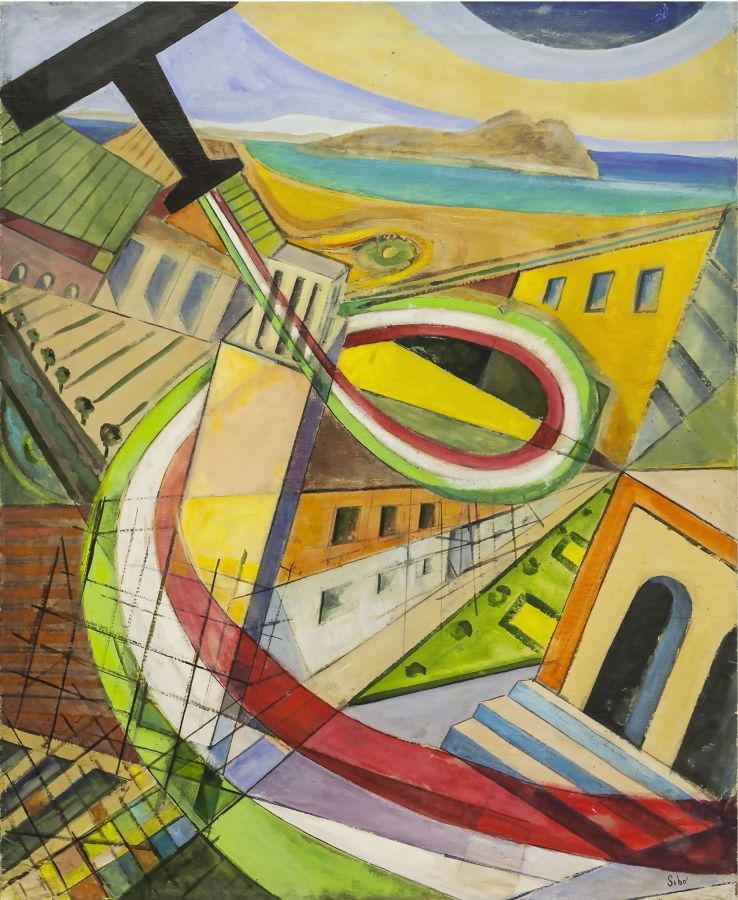 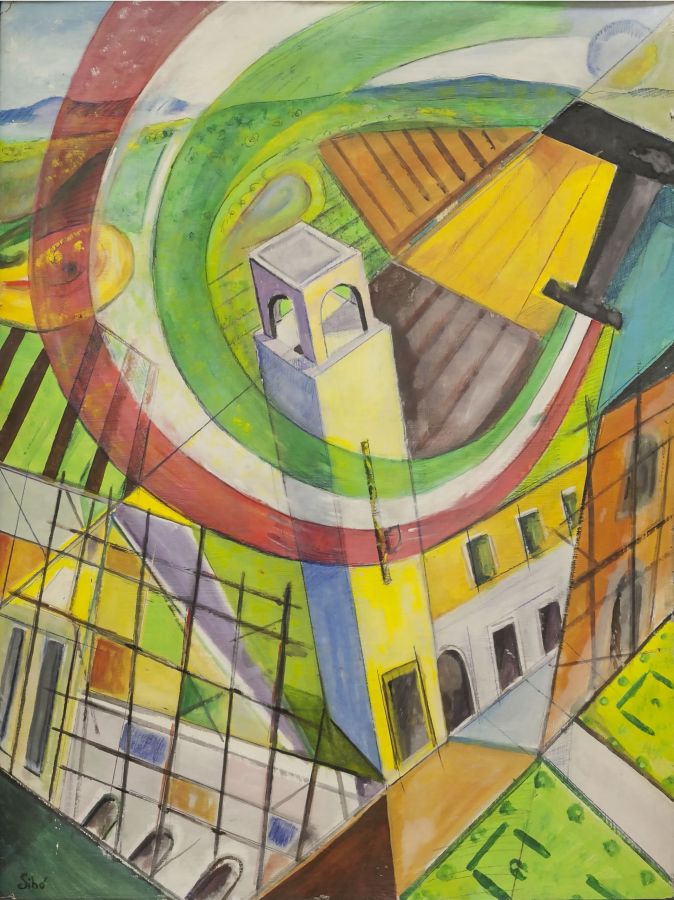 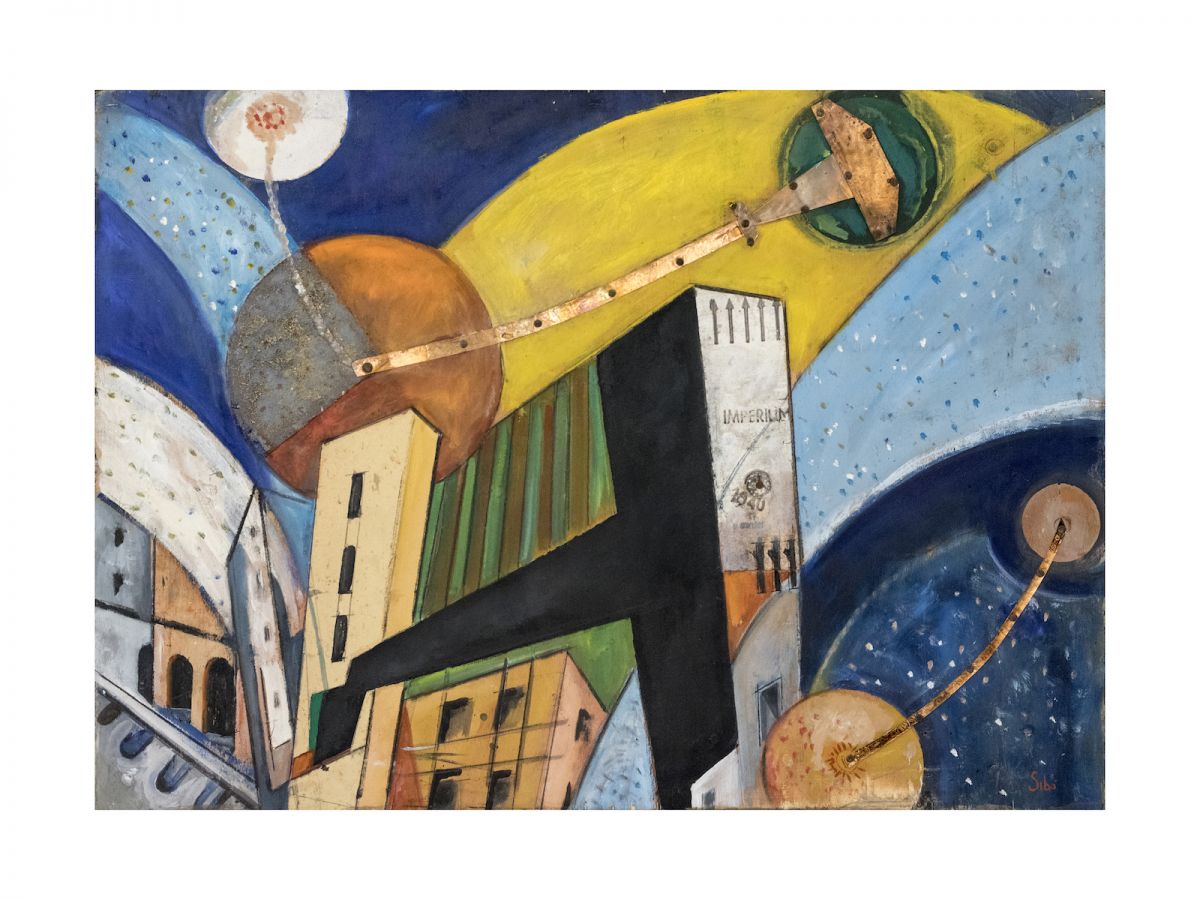 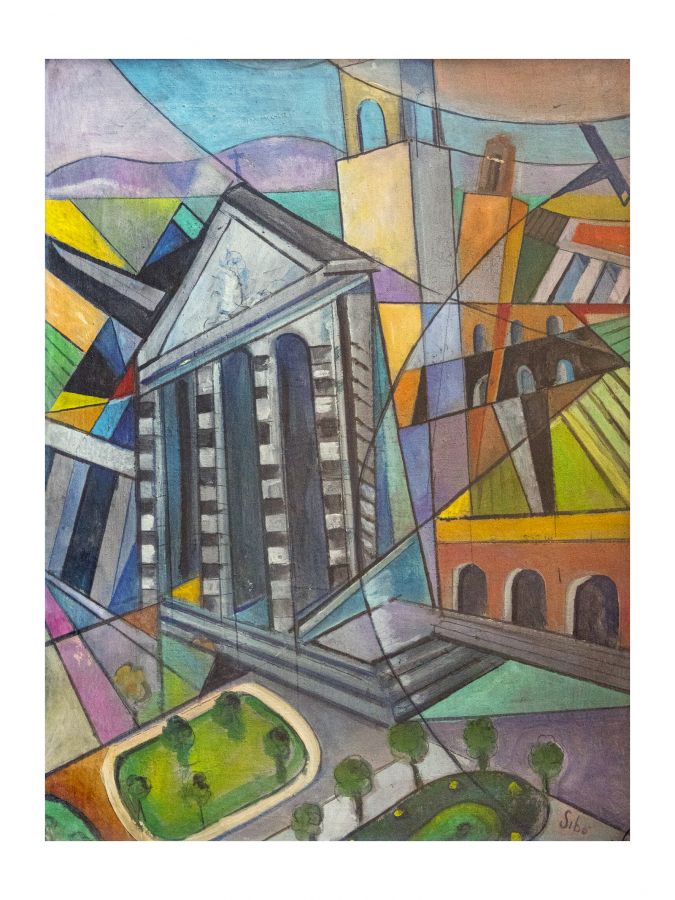 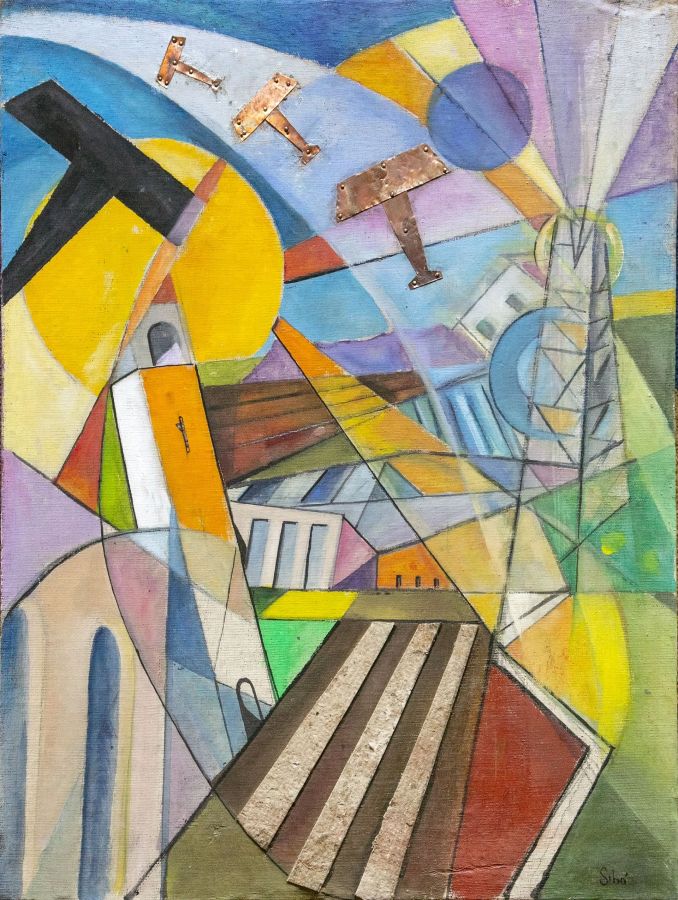 1907 Pier Luigi Bossi, aka Sibò, was born in Milan on 16 December to Gian Guido Bossi and Angela Maria Carcano, both belonging to the Milanese bourgeoisie. Pierluigi Bossi, whom Filippo Tommaso Marinetti himself renamed Sibo futuristically, devoted himself in the 1930s to a "transformative" interpretation of the landscape. The celebration of the Littoria birth, the first and most important of the founding cities in the Pontine plain, a view of the world from above according to the dictates of air painting of how human intervention can change the environment, but also the artistic gesture of those who left a tangible mark in that urban context.