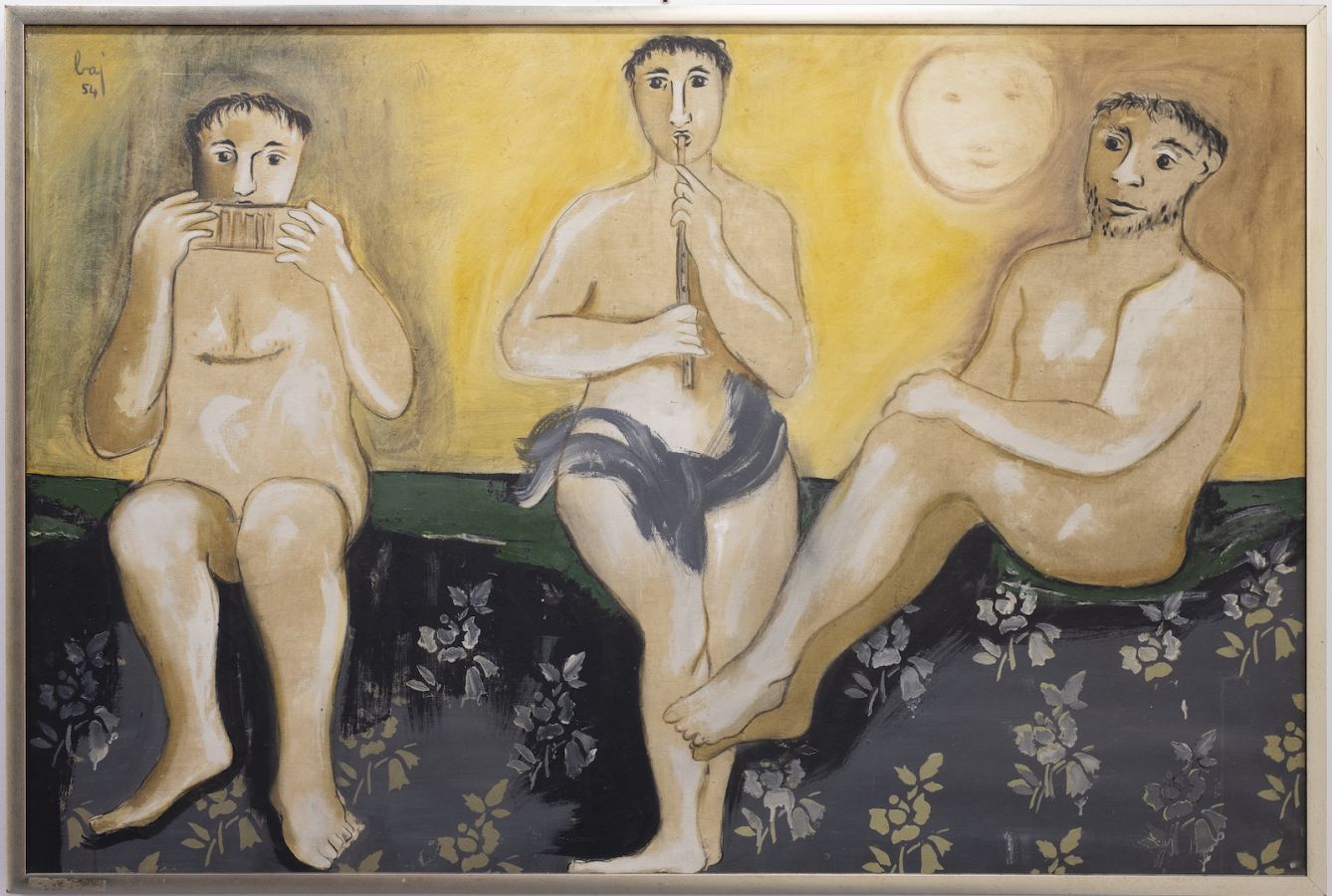 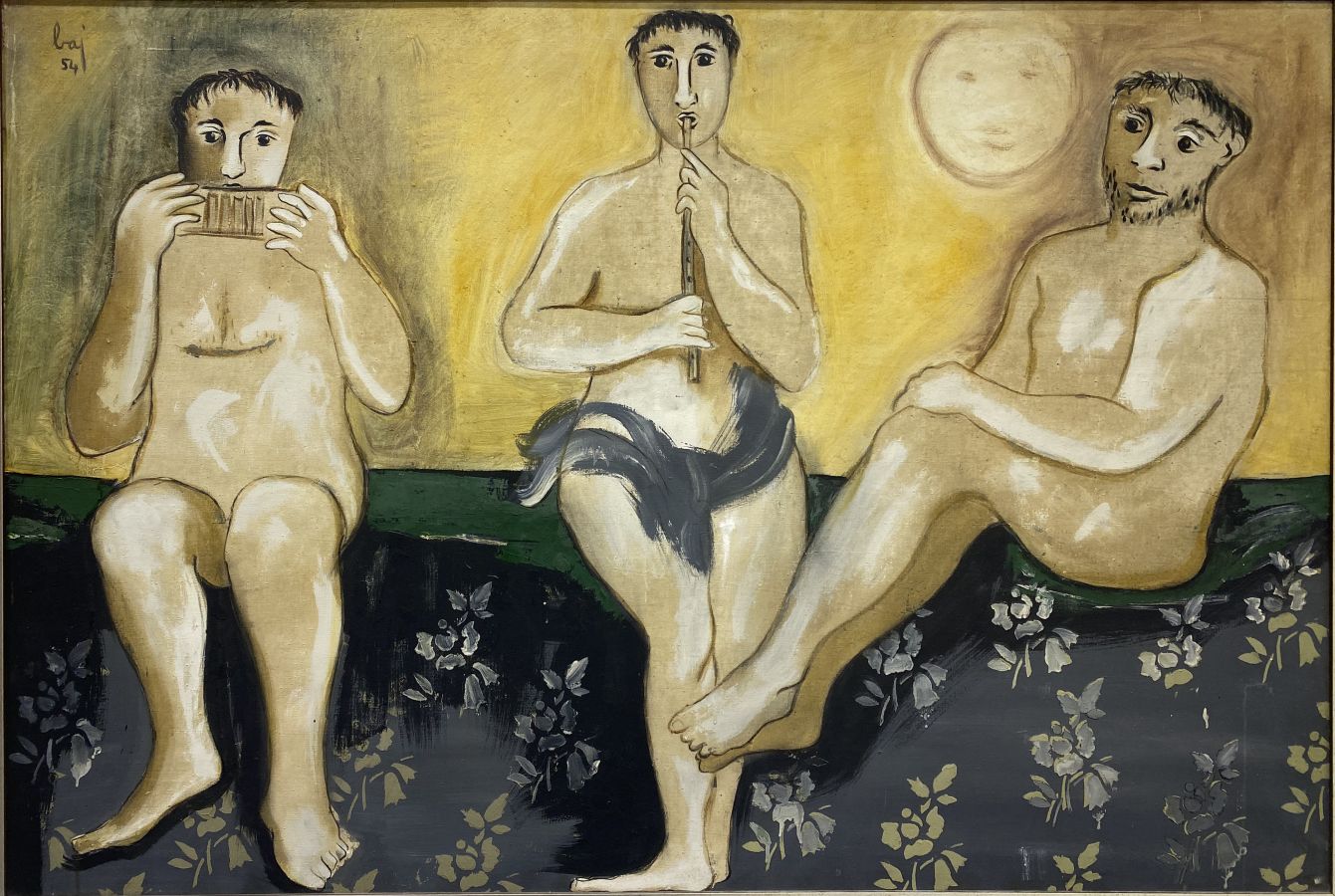 Enrico Baj was born on October 31, 1924 in Milan. After graduating from the Liceo Classico he enrolls in the Faculty of Medicine which he will leave after the Second World War to attend Law and, at the same time, the Academy of Fine Arts of Brera. In 1951 he held his first solo show at the San Fedele Gallery in Milan where he exhibited informal works. In 1952 he signed, together with Sergio Dangelo, the manifesto of Nuclear Painting and in 1957 that Against the style which wants to affirm the unrepeatability of the work of art. These very innovative movements fit fully into the panorama of the European artistic avant-gardes of the 1950s.In 1954 Baj and Jorn founded the Mouvement international pour une Bauhaus imaginiste siding against the excessive rationalization and geometrization of art in open controversy with Max Bill's school of Ulm. For Enrico Baj these are years of great reflection and intellectual exchange thanks to contacts with international artists such as Lucio Fontana, Piero Manzoni, Joe Colombo, Lucio Del Pezzo, Giò Pomodoro, Max Ernst, Marcel Duchamp, Yves Klein. His works are characterized by the use of collage and different materials and are always interpreted through a strong irony, a grotesque effect, an amused look. To understand his style, just look at the "mirrors", the "furniture", the "meccani", the "dame", the "modifications", the "d'asprés".