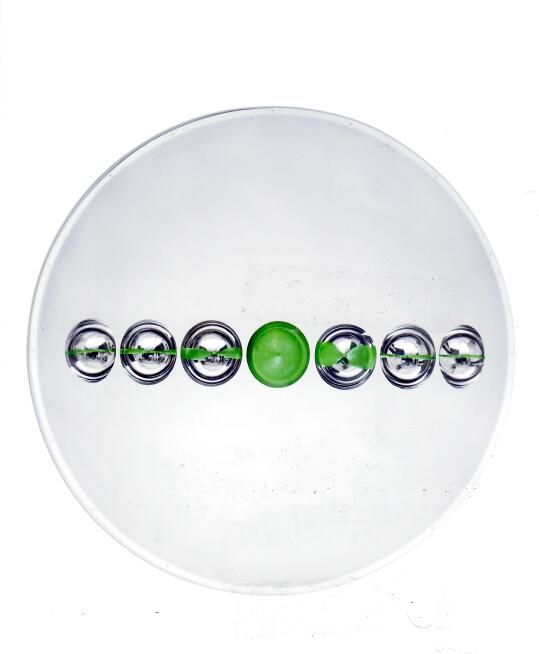 Franco Costalonga was born in Venice in 1933. He began to deal with painting as a self-taught, then studying, as a private practitioner, at the local School of Art, where he followed the teachings of Remigio Butera. He made his debut as an engraver and etching artist, earning an award at the LI Collective of the Bevilacqua La Masa Foundation and later devoted himself to painting, creating a series of paintings that reflect a research focused on color theory.

In the second half of the sixties he is in the Dialectic of Trends group, founded by Domenico Cara in 1965, and begins to use new materials in his works, thus obtaining original surfaces, which generate three-dimensional shapes. These researches led him to approach the Sette-Veneto group, of which Bruno Munari is president and which is connected to the Sincron Operations Center in Brescia. Costalonga was thus able to deepen his interests in the field of kinetic and visual effects, which led him to create a series of new works, thanks to which in 1967 he was awarded at the LV Collective of the Bevilacqua La Masa Foundation.

There are many awards that Costalonga receives for his work in the furniture and design sectors and many of his participations in national and international exhibitions, such as the XI Quadriennale di Roma (1966), the traveling exhibition of the Arts Council of Great Britain and the Venice Biennale (1970). In 1972 he participated in the exhibition "Grands et Jeunes d’aujourd’hui - Art cinetique Peinture-Sculpture" at the Grand Palais in Paris and two years later at the Internationale Kunstmesse-Art5 in Basel. In 1978 he joined the Verification 8 + 1 group, which includes Venetian artists active in the research of concrete and structuralist art. During the eighties and nineties he participated in various editions of the Venice Biennale.