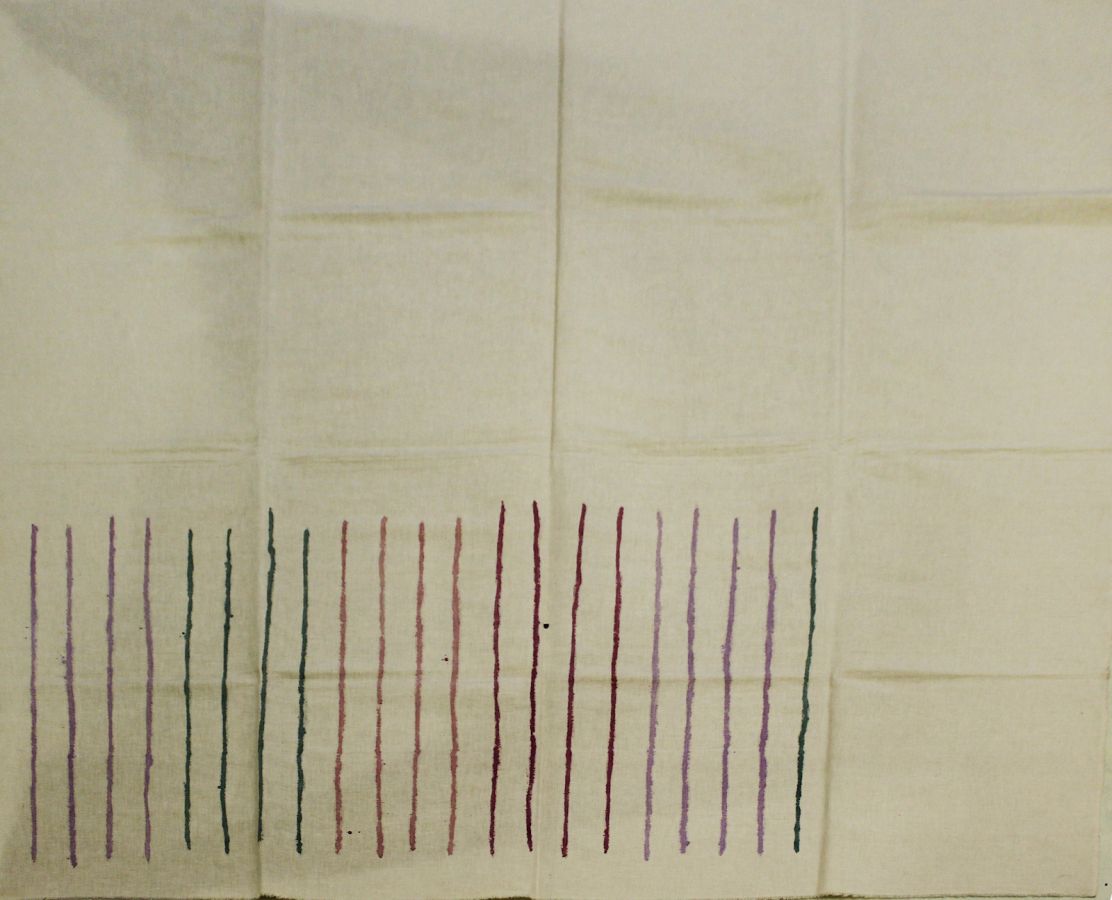 Born in Turin in 1936, where he currently lives and works, Giorgio Griffa graduated in law in 1958 and began his career as a lawyer. But the passion for painting, which he cultivated as a child, soon took over and so, in 1960 he became a pupil of Filippo Sclievo, Turin abstract artist, professor at the Albertina Academy of Fine Arts, collaborator of Felice Casorati and member of the Concrete Art Movement. (MAC). For three years he follows the lessons, developing a strictly figurative experience. In the following years he proceeds to a progressive elimination of the representative elements from his works and, without letting himself be seduced by the sirens of informal abstractionism, very popular in that period, he begins a cycle of works with the significant title "Almost painted", in which he already emerges the choice of the “unfinished” which will become a constant feature of his research. It is after the mid-sixties that in his canvases, rigorously without a frame or any other support, abstract elements begin to appear that sanction the start of those reflections on the tools of painting and on the role of the artist that will lead to the cycle of the "primary signs" with which the unmistakable imprint of his pictorial journey begins. It will be the canvases of the "primary signs" that will place him among the protagonists of the debate of those years, which develops on the ashes of the informal and winds through American pop-art and conceptual art.