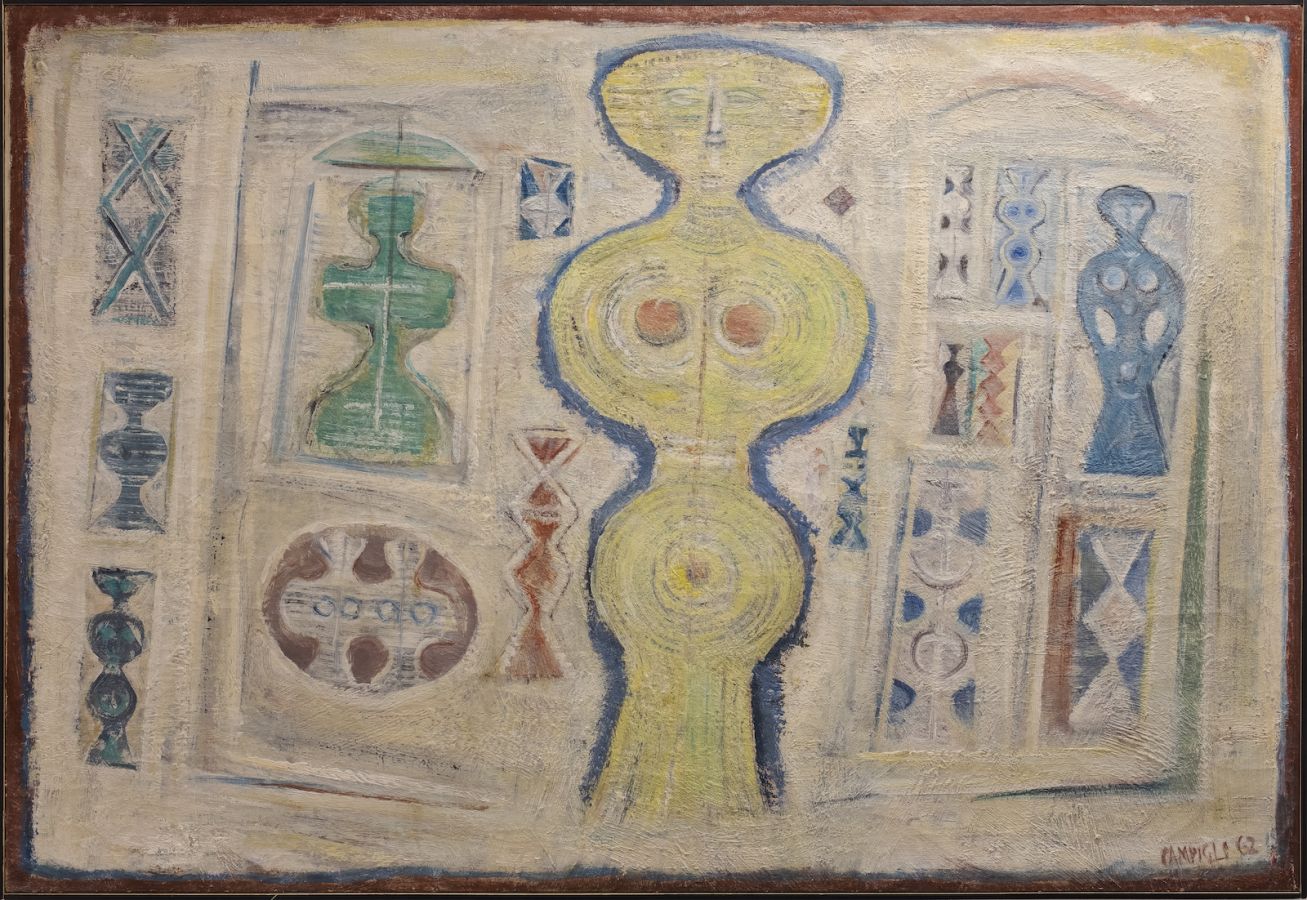 Massimo Campigli was born in Berlin on 4 July 1895.After moving to Milan in 1909, thanks to his collaboration as a stenographer in the editorial office of the "Corriere della Sera", he was able to come into contact, in 1914, with the Futurist Movement. year, he published Words in Freedom in the Florentine magazine “Lacerba”. He went to Paris as a correspondent, working at night at the headquarters of the newspaper “Le Matin”.
He opened a studio in Paris on rue Daguerre, where, in 1919, he painted his first Self-Portrait.
In 1922 Léonce Rosenberg, the great art dealer of the time, bought him some paintings including Chess players, Girl and doll, Woman with a grinder; works subsequently denied and, at times, destroyed by Campigli himself.
The first solo show was set up in 23 when, thanks also to the interest of Emilio Cecchi, he exhibited at the Bragaglia Auction House in Rome.
In 1926 he married the Romanian painter Magdalena Radulescu, nicknamed Dutza. Two years later he went with her to Italy, stopping in Florence with some relatives and visiting Roman museums. Here, at Villa Giulia, he was fascinated, above all, by the finds Etruscans.
Invited the same year to the XVI Venice Biennale, he presented for the first time paintings dedicated to geometrically stylized female figures defined by earthy tones (Women with the bust, Portrait of Dutza and The acrobats).