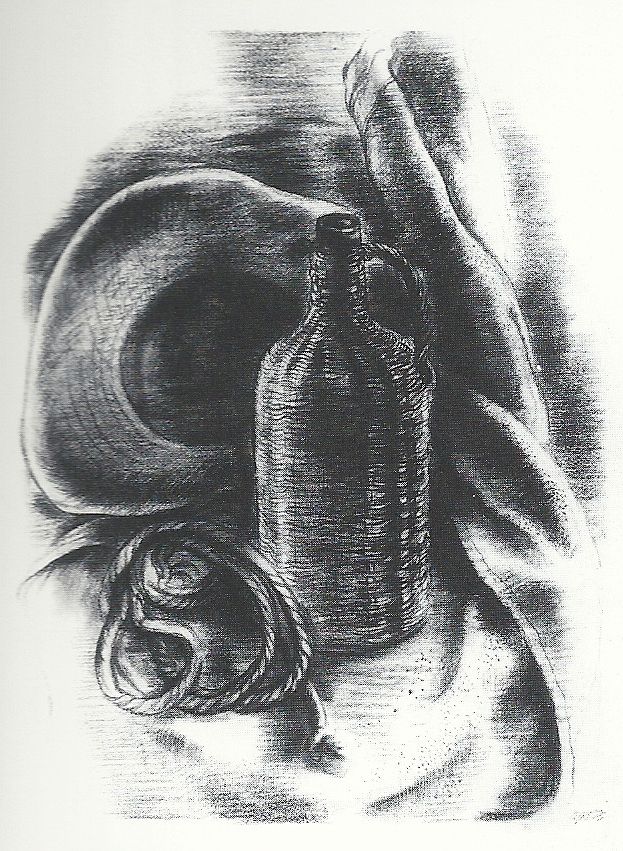 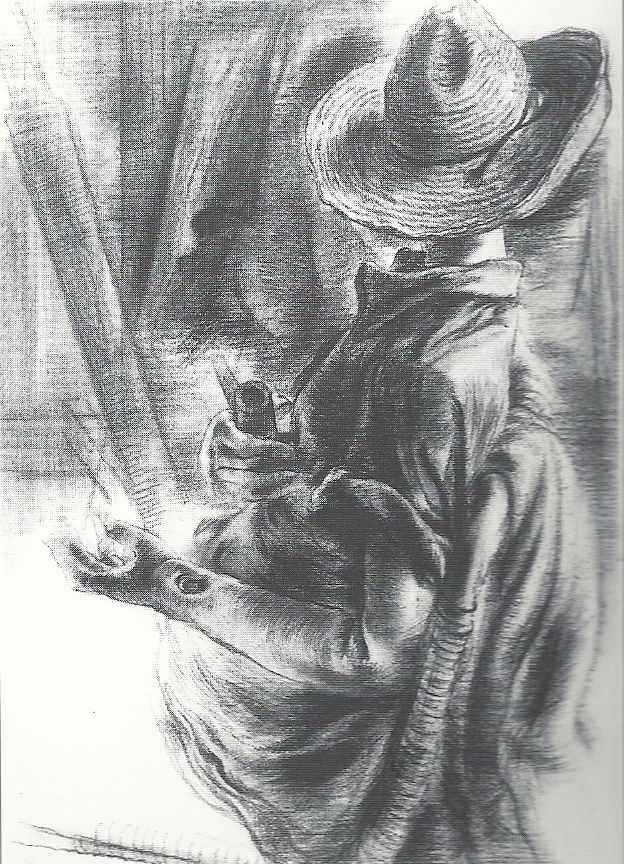 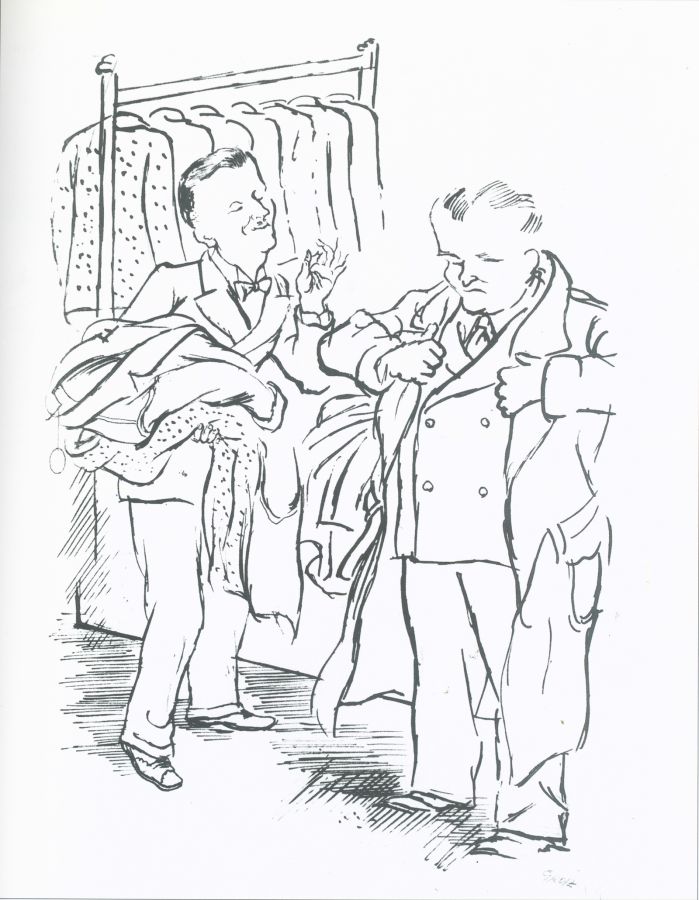 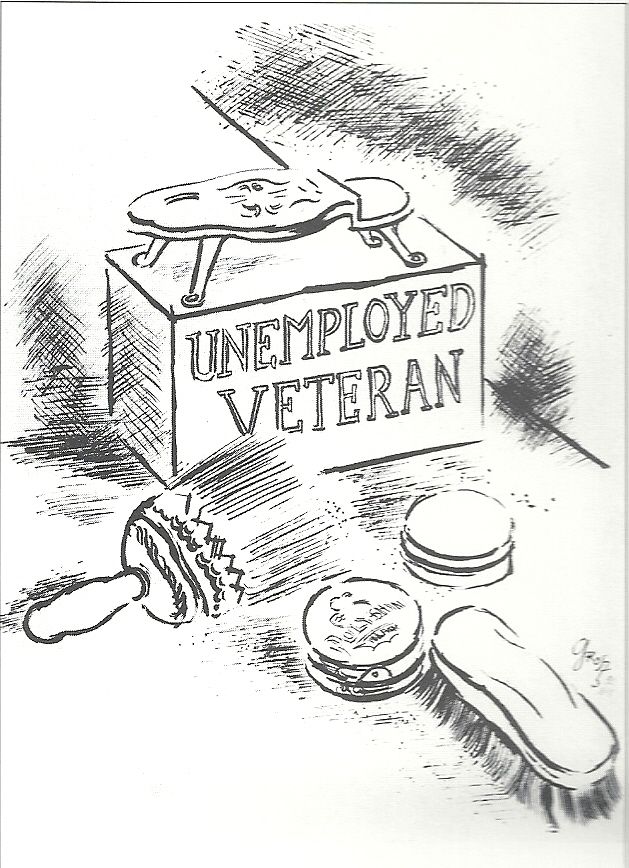 He was born on 26 July 1893 in Berlin, the first meeting of the schoolboy Georg Grosz with the paintings takes place at the official hussar circle of the Blucher regiment of Stolp, managed by his mother. The uniforms, the dramatic representations of historical battles stimulate the boy 's imagination to drawing. After drawing experiences in refined ways of popular figurative elements 1913/14, it is the war events of the 1st World War that forged the expressiveness of Grosz, also if his stay in the war is short and ends in May 1915, when he is discharged due to illness. The short war period is sufficient, however, to make him grasp the horror of the carnage that is taking place on the battlefields across Europe, millions of proletarians inflating the pockets of landowners, grain suppliers and large arms producers, such as Krupp in Germany, and the Lambs in Italy, die in silence in the putrid mud of the trenches, or among the disjointed and bleeding bodies of the companions who had just fallen in an assault. Grosz adheres to the Dadaist movement, which had been introduced to Berlin from Zurich in 1918, before purely political objectives the Dada proposed the desecration of the bourgeois values ​​of its academic aesthetic in art and its conformism. In 1920 Grosz, Hausmann and Heartfeld organized the first Dada exhibition in Otto Burchard's gallery in Berlin
There are also works by Marx Ernst and, Otto dix. Grosz with Heartfel hangs on the ceiling the satirical depiction of a pupazo with the appearance of a German soldier with a pig's head, a fact that will cause the indignant reaction of the institutions that judge this gesture as an insult to the honor of the Reich, will be denounced and sentenced to pay a fine. Grosz founds the satirical political magazines "Die Pleite" and "Der blutige Ernst" all in the Dadaist sphere and personally takes care of the illustrations. The defeat of the war in 18 and the collapse of the authoritarian system of the empire, in Germany, plunged the bourgeoisie into a profound crisis, still being tied to the values ​​of German idealism. Idealism that German artists are the first to contest, refusing en bloc the authoritarian and class culture that with the war had plunged the poorer classes into the abyss of poverty, in the years 14/18 750000 people starved in Germany. The high costs due to the war effort, while enriching the wealthier classes destroy the middle classes, inflation rises dramatically and wages do not keep up with the increases, for a dollar millions of marks are needed .. While on 19 January 1919 at elections in which women vote for the first time, the German Social Democracy wins, shortly before, on 15 January the "Spartacus League" in Berlin, attempts the insurrection but is suffocated in blood, Rosa Luxemburg and Karl Liebknecht fallA mid-February strike begins in the Ruhr involving 180,000 workers, which will also extend to other areas, but sees the immediate reaction of the "Freicorps" voluntary militias directed by the Junker, the landowners who feared the threat from the workers' demands. to their privileges. Even this wave of protests will end in blood and 1200 strikers ended up under the fire of the army of Von Luttwitz. In addition to Grosz, artists such as Max Beckmann, Otto Dix, Otto Griebel, the association of German revolutionary artists "the Ace" linked to the Communist party created in 1928, also operate on the "social realism" striving to push social realism even further. a political and revolutionary direction, but despite the initial success in 33 Hitler's installation in power puts it out of law, and many of its members are forced to flee or end up persecuted. Grosz fully experiences the tensions of his time and interprets them with discontinuity after the militant period in favor of the class struggle alternating between 26 and 28 a production of common landscapes and still lifes defined by him as commercial, but after 33 though in the critical rethinking of his satirical work aligned with the socialist movement, he resumed a production on anti-fascist themes. After the war he recovered some expressive forms of the "dada" movement and with the collages he approached pop art.