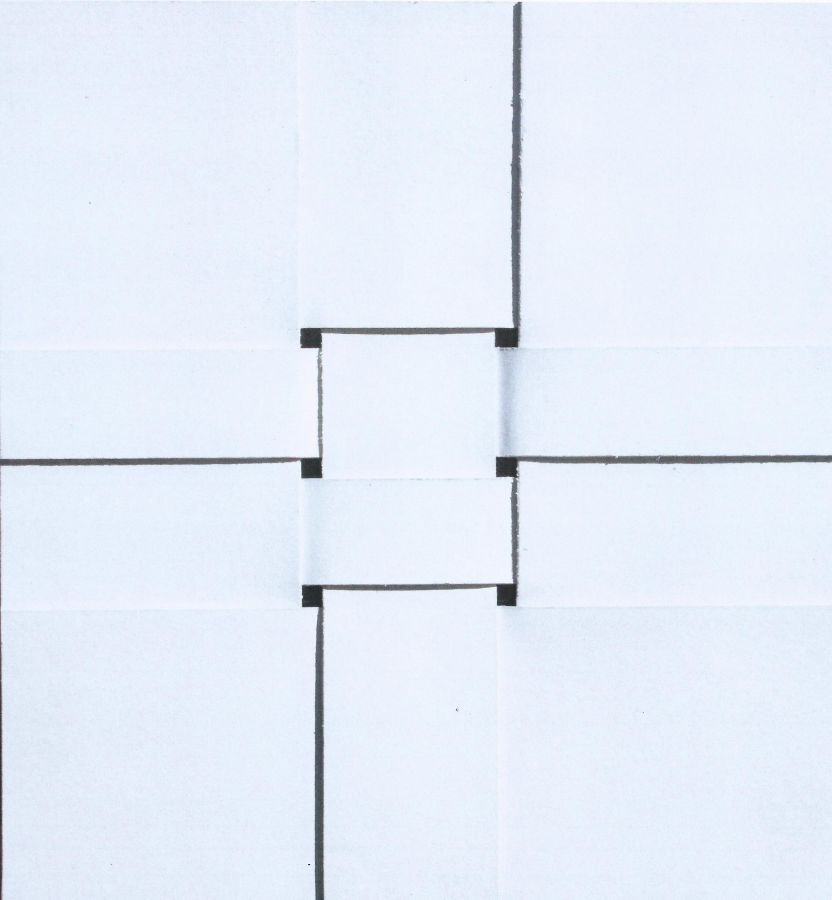 Armando Marrocco arrived in Milan for the first time in 1959, when he was just over twenty, and his first meeting was with Lucio Fontana, a donfamentale point of reference, who knew how to go beyond the surface, developing his investigation on the cosmic, which for Marrocco represented the stellar sense of the universe. Starting from 1963 Marrocco began a cycle of works that takes the name of "weaves", which are distinguished by an evident constructivist and design component. The weaves are made with poor materials such as corrugated cardboard or cardboard, they are minimalistic works that stand out for their essentiality, destined to represent a fundamental stage of his artistic research.
The plots, exhibited for the first time in 1964 at the Numero gallery in Florence, are open works that are characterized by their ability to expand to infinity and represent a definitive way out of any informal hypothesis, it is an inspired path to Piet Mondrian. The idea of ​​the weaving came to the artist by observing the straw chairs present in large numbers in the houses of the South, then he transformed what was an object of use into an architectural procedure.
Although the plots are handcrafted, the modular component brings them closer to programmatic art, the soubjectivism of the informal gives way to a more thoughtful research where the work of art becomes part of a larger project freeing itself from the romantic impact.
Marrocco will continue to make weaves until 1969.
The interlacing of the 60s represent an important nucleus of works of absolute spatial rigor, white, yellow, red monchromes, made with rather simple materials such as wood, white or corrugated cardboard, changing them together and giving them pictorial materiality.
These works are part of Armando Marrocco's long and complex artistic path which is divided into different phases where the artist perceives and sometimes anticipates the various changes in the artistic language of the last fifty years, a multifaceted artist who works freely beyond the logic of market.