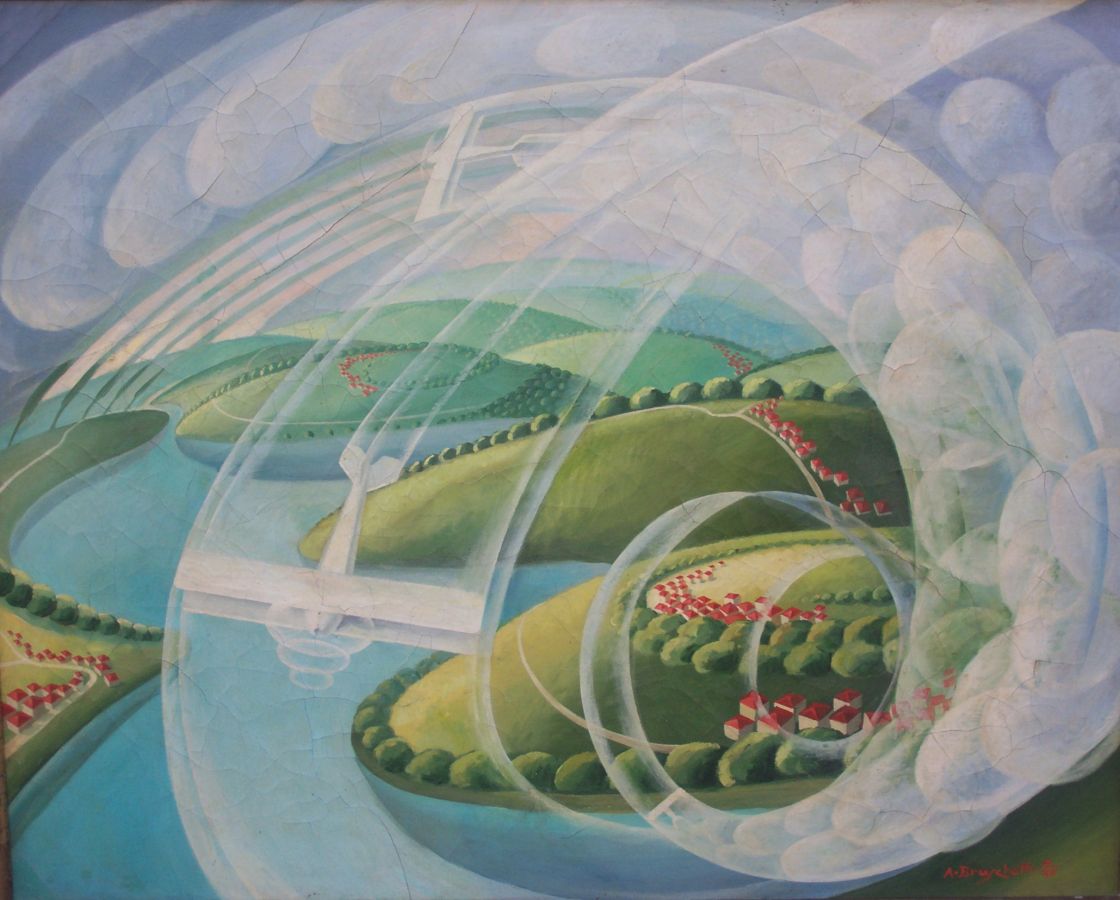 Futurism expressed itself as a conception of human activity in the world. As a new opening of the work of
art towards the outside, towards the real life.
A formal innovation evident in the dynamism of figures which is above all an attempt to go beyond the
materiality of the painting, its object limitation and to connect it to the becoming of matter. At the same time,
the futurist painting wants to overcome itself by turning into a purely sensorial dimension, as if there were no
difference between sipping a drink and observing it, or touching it.
The Futurist artwork is based on the overcoming of the limit that sometimes it sets. On trespassing the boundaries
among different artistic genres, languages and media expressions.
The Futurist artwork aspires to the brightness of metal and immateriality of sensations, to the scents and taste.
The Futurist artwork considers as its “subject”, a car, a concert, an aerial landscape, a motorcycle or a glass,
as many essences that move and express themselves in their motion. In the Futurist artwork, matter comes to life
and man is thought in that same material, as if he had become something else. Thus he opens up to a future,
determines the possibility of his future. A new vital condition that interprets and takes on also the burden of the
contradictions of modernity.
Futurist painting is aggressive, disconcerting, but at the same time assertive and often joyful. Futurist work
records the atmospheric pressure, the chemical composition through shapes and colors. The vision is sometimes
from the top to the bottom, the mechanical human body of the new airplanes flies over passing landscapes,
while being itself deformed by the contrast with air.
The Futurist artwork represents astral systems and plastic dynamisms, in forms of abstraction in which remains
an expansive, mobile consistency of the form/subject. The Futurist artwork is only a part of the Futurist
philosophy, which becomes equally eternal in the action, in the controversy, in the cuisine, in the aviation, in the
invention of new objects. The futurist philosophy is contradictory and therefore vital. Negative and active. The
Futurist artwork does not discount any difference with respect to everyday objects, to the sensations experienced
when we use them.
The Futurist artwork is connected to our intermediary systems, is totally turned outward, transmitted. The Futurist
artwork is an ephemeral communication. It is the act of communicating, by a postal letter as well as by a dress.
The Futurist artwork is to appear, to impress. The Futurist artwork is the dynamic impression of the body and
the environment, since we live connected to the objects we use and we build our space by ourselves.