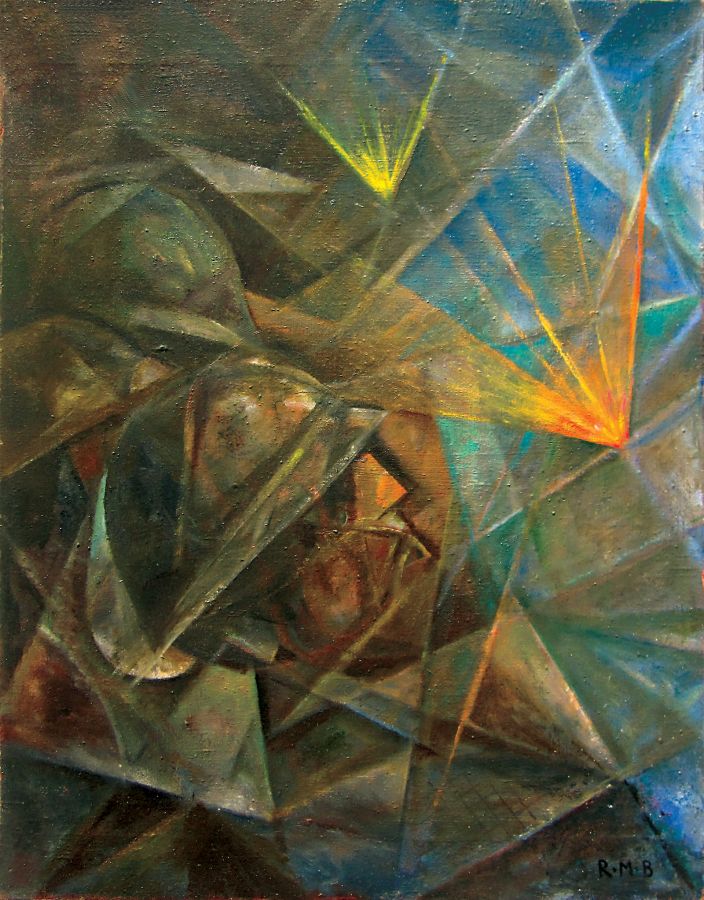 With regard to the new spiritual "dynamism" that was now spreading everywhere, it should be remembered that, precisely in those years, cinema was becoming the most effective emblem of the new European aesthetic spirit. From 1887 to 1895 the image began to move - yes, just like life, which art had always tried to restore in the enhanced form of which only it seemed capable.
All true ... we repeat. But, futurism, in fact and in substance, looked elsewhere; even if, in a certain sense, it is undeniable that the new technologies began to make the reduplication of the truth of life on the virtual screen of art even empirically possible.
So, futurism looked elsewhere ... - they said to themselves.
But, where, really? Or also: towards what?
What, that is, was his real obsession becoming?
Only one, in fact: that is, the life of matter.
Not that of things, people or objects.
That is, not the dynamism of things in motion, but rather "the movement" of 'things'. That is to say: their intrinsic and original dynamism - which has nothing really to do with that unfolding in space. The one captured by the frames of the cinematographic film ... the same one that, even on the white screen of the projection, ends up confirming the same world of objectuality in motion that daily experience already presents us as an indubitable reality. Cubists than for the Impressionists; but certainly also for the Expressionists.
The fact is that all the most interesting forms of modern expressiveness had tried to adapt the immobile space of the canvas or sculpture to the object dynamism that made everything contingent by now, without affecting the substantial truth of what was changing, and therefore its perfect ideality. And cinema had succeeded better than all the other arts; even if only by virtue of an exceptional technical discovery.
And yet, Futurism - we insist - looked elsewhere.