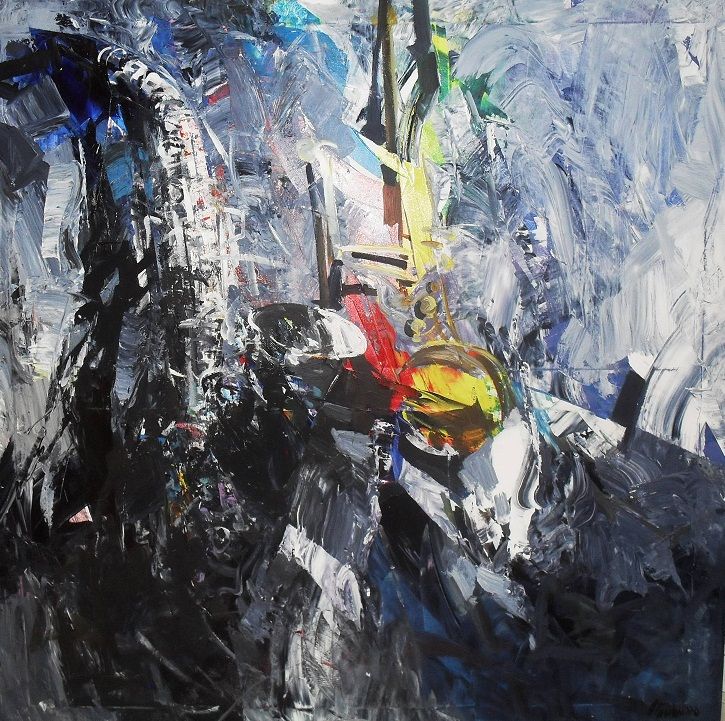 For more than forty years the artist from Molise has been conducting constant and passionate but never repetitive research: at the center of Tamburro's modus operandi there is color, light but, above all, painting.
In recognizable but not strictly realistic scenographies, he tries to capture, with frenetic brushstrokes and fields of dazzling light, memories and sensations: in the city traffic a feminine silhouette, sinuous and rapid, appears, which seems almost a déjà vu, but that Tamburro has the strength and the ability to make true and, at the same time, evanescent.
His painting refers to the tradition of our past, the rapid and defined brushstrokes of color recall the Macchiaioli and abstract researches of the early twentieth century but have the flicker of contemporaneity in the subject and in the introspective rendering that the painting offers: we bring the subject back to reality , but we feel it is ours, part of our past, present and future artistic tradition.
The ability to evolve and renew the chromatic backgrounds, the rendering of light, the harshness of the lines, the dynamism of the point of view, the choice of subjects has meant that over the years the artist has represented a world in constant change and evolution , but whose figures are always recognizable and defined: the evolution of Tamburro's world has grown with him and the idea that his attentive gaze offers us involves the viewer making him at the same time bystander and actor, in a game of parts that amuses and it helps to reflect on reality.