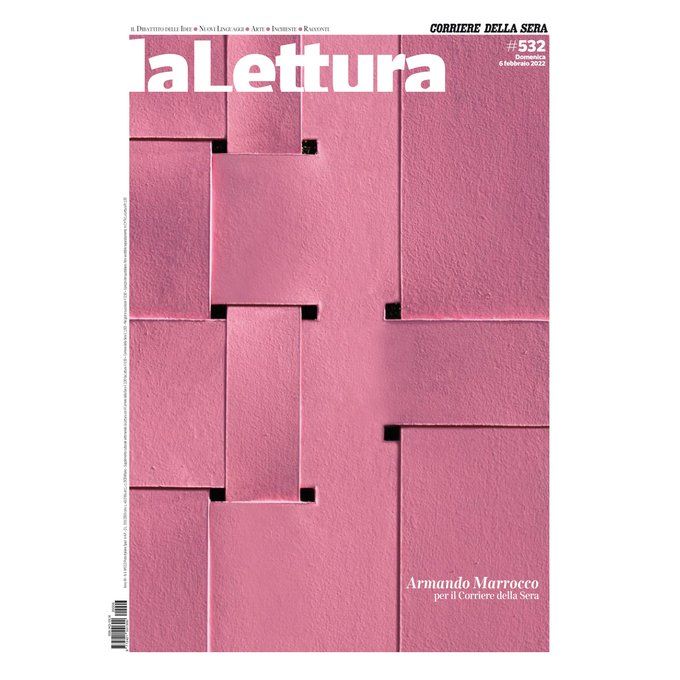 An intertwining of light
He defines himself as a multifaceted artist. But it is an understatement, because Armando Marrocco (Galatina, Lecce, 1939; turns 83 on Tuesday 8 February)
is an author who from the very beginning wanders in the territories of painting, sculpture, land art and performance, moving in a continuous and complex research, on the border between art and science, between rationality and fantasy, belief and myth.
Autonomous voice of the art system, for "La Lettura" he granted one of his historical works, the plots, works presented for the first time in 1964 and which are apparently close to the forms of programmed art, but which maintain their own autonomy and design identity.
Our weave, with an intense pink color (which follows the rules of the golden section and is inspired by the visual scheme of Piet Mondrian) appears as a bas-relief in which the light seems to constantly vibrate.
It is as if it were Armando Marrocco, with his intertwined and superimposed forms, evoking us the words of sunken hugs, a need for a knot.
Gianluigi Colin