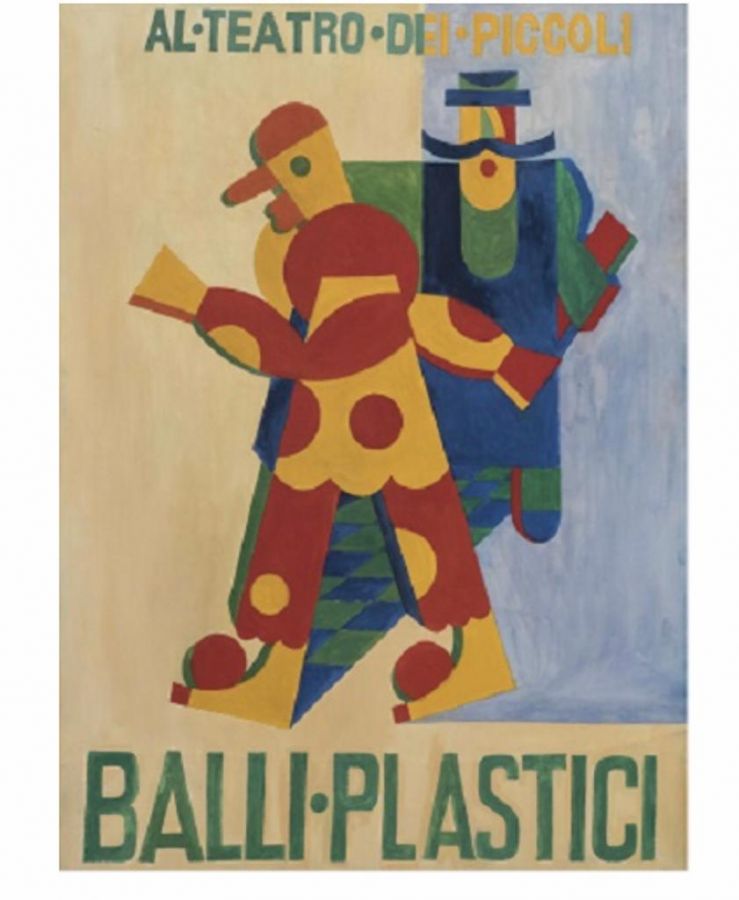 When we talk about Depero, it is almost normal to compare him immediately to Futurism, the movement launched by Marinetti in 1909. After all, his adhesion to Futurism is well known, and his faith in Futurism and Marinetti equally well known and declared since However, since the studies and exhibitions on the artist have broadened the horizon of investigation, it has clearly emerged that the title of futurist was, for Depero, substantially of an all-encompassing nature, that is, tending to qualify in a way his creative path was completely undifferentiated for about 45 years, from 1913 to 1959. That it was, however, a forced classification in Futurist orthodoxy, clearly emerges from a disenchanted reading of the materials, that is of the oepre, so much so that one could even launch into a simple question, but was Depero really futurist?
Great versatility, which allows him to play iconographically in several areas of application, therefore the theatrical ideas, the puppets, the robots, range with extreme ease between tapestries, paintings and advertising posters, always with equal dignity. There is the graphic trend of the years 1914-1917 with raw whites - blacks, with expressionist ancestry with futurist contaminations. Then there is the first abstract period, experimented with Balla, between 1914-1916, then abandoned to return to a fantastic, mechanical and robotic figurative.Then there is the experience of Viareggio and the fleeting contacts with De Chirico that bring Depero to a meteoric and crepuscular ancestry, then follows the period characterized by a strongly mechanical and metallic component. Between 1928-1930, there is the first stay in New York, where there was a departure from painting to devote himself to scenography and advertising.
On his return to Italy, he does not recognize himself in the new course of futurism, aeropainting, despite having signed the manifesto, too tied to the earth to go in the air, too concrete to love speed, in short, Depero was certainly a sincere adherent to futurism , but his art was only incidentally futurist, or rather it was pure and simple Depero style.
Since the thirties, churches and farmhouses have been the new favorite pictorial themes of the artist, alternating with still lifes steeped in auroral climates between the metaphysical and the surreal. and naturalistic and finally engages in the great work of self-historicization.
Depero was always and exemplary himself, but for both laziness and simplicity, we will define him once again futurist.