FROM GROSZ TO KIEFER, PATHS IN GERMAN ART PT.1 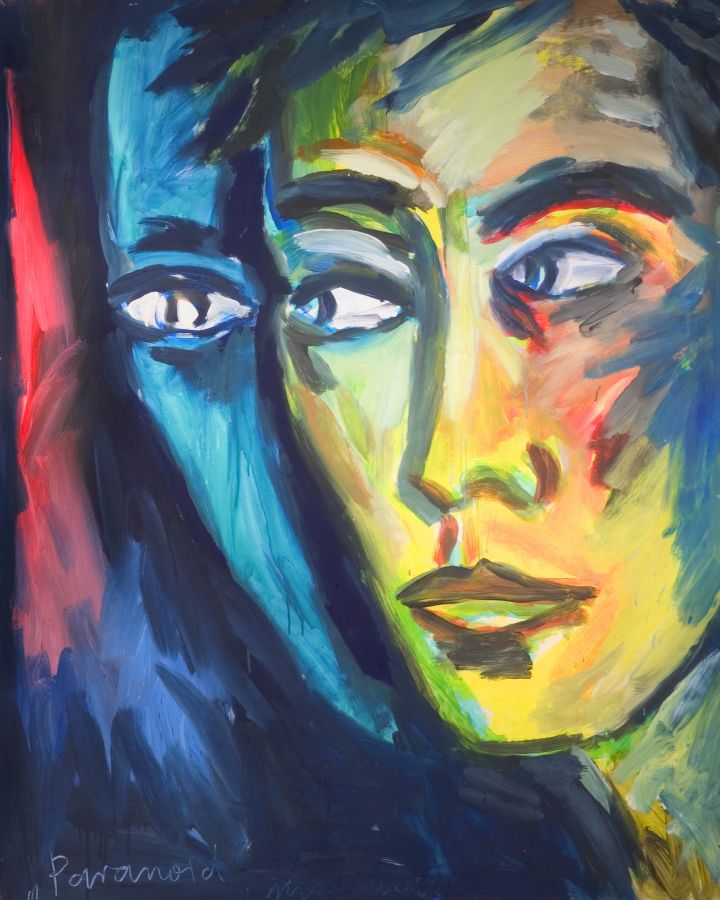 There was a moment, between the mid ‘70s
and the mid ‘80s – long before the fall of
the wall – when Germany started to see a
glimmer of understanding, through the iron
curtains of the Cold War, of the divisions
running through the nation. In the economy,
technology, sport, cinema, literature and
even in art, the dawn of a new beginning –
perhaps with excessive optimism – was
announced.
I have chosen a piece by Jorg Immendorff
taken from an interview published a few years
ago in Artforum to illustrate the crossover of
artists that generated the magical climate to be
found in Germany in that period. “In 1982 –
writes Immendorf – I held my first one-man
show in a German museum, the Kunsthalle in
Düsseldorf, and I presented my paintings of the
Cafè Deuschland (1978-82) series. Shortly
afterwards, I took part for the second time in
Documenta, and only a few months later at the
Martin Gropius-Bau in Berlin the Zeitgeist show
was inaugurated. This was a very important
time for me also because of the two-way interaction
that took place between the older generation
of artists and much younger artists like
Walter Dahn and Georg Jiri Dokoupil, two of the
artists from Cologne brought together in the
Mülheimer Freiheit. […] Their work was also
presented at Documenta 7. Very rarely does it
occur for an older and younger generation be
given public attention simultaneously. What’s
more, there were also books and catalogues
published like Hunger nach Bildern and La
transavanguardia tedesca. Suddenly, the whole
of Europe was reacting to the German arts
scene, not only France and the UK but also
Italy, where painters like Francesco Clemente
and Sandro Chia were working. Most of the
reaction revolved around the debate on so-cal-
led representational painting. And of course it was about this time that David
Salle and Julian Schnabel, who were also present at Zeitgeist, started to exhibit
in Europe1” . A pupil of Joseph Beuys, Immendorff (Bleckede, 1945) nurtures
a deep-seated faith in the role of the artist as an integral political agent.
In 1977, he started his Cafè Deutschland series, in which he fuses social realism
and Grosz’s expressionism with Matta’s spatial surrealism, exposing his
violent hatred of the decadence and hypocrisy of his country. While in his current
works this anger is more subdued, other aspects seem to have taken its
place, such as his recognising the importance and continuity of the German
artistic tradition2 and his pride in having inspired the most important rediscovery
of painting in recent decades. In fact, these are just the opening shots
of an artistic experience which is to make its mark on the history of art: “neoexpressionism”
is the most generic definition possible to describe those new
representational painting movements which came to the fore especially in
Germany at the beginning of the ‘80s, and which all share the aggressive
brushstrokes and the dense, violent colours. That said, the German case finds
common ground and opportunities for reciprocal exchange in other arts scenes
around the world. In Germany, the expressionist legacy of Die Brücke and
of New Objectivity was rediscovered and reread from an aesthetic/ideological
point of view, just as in Italy futurism and metaphysics were being reappraised,
tempered with expressionist, primitivist and surrealist notions. In the
UK there were the matchless works of Bacon, and in the US, the abstract
expressionism of De Kooning, but also that of Philip Guston, who in 1970
converted to an original form of cartoon-strip representationalism. The