FROM GROSZ TO KIEFER, PATHS IN GERMAN ART PT.2 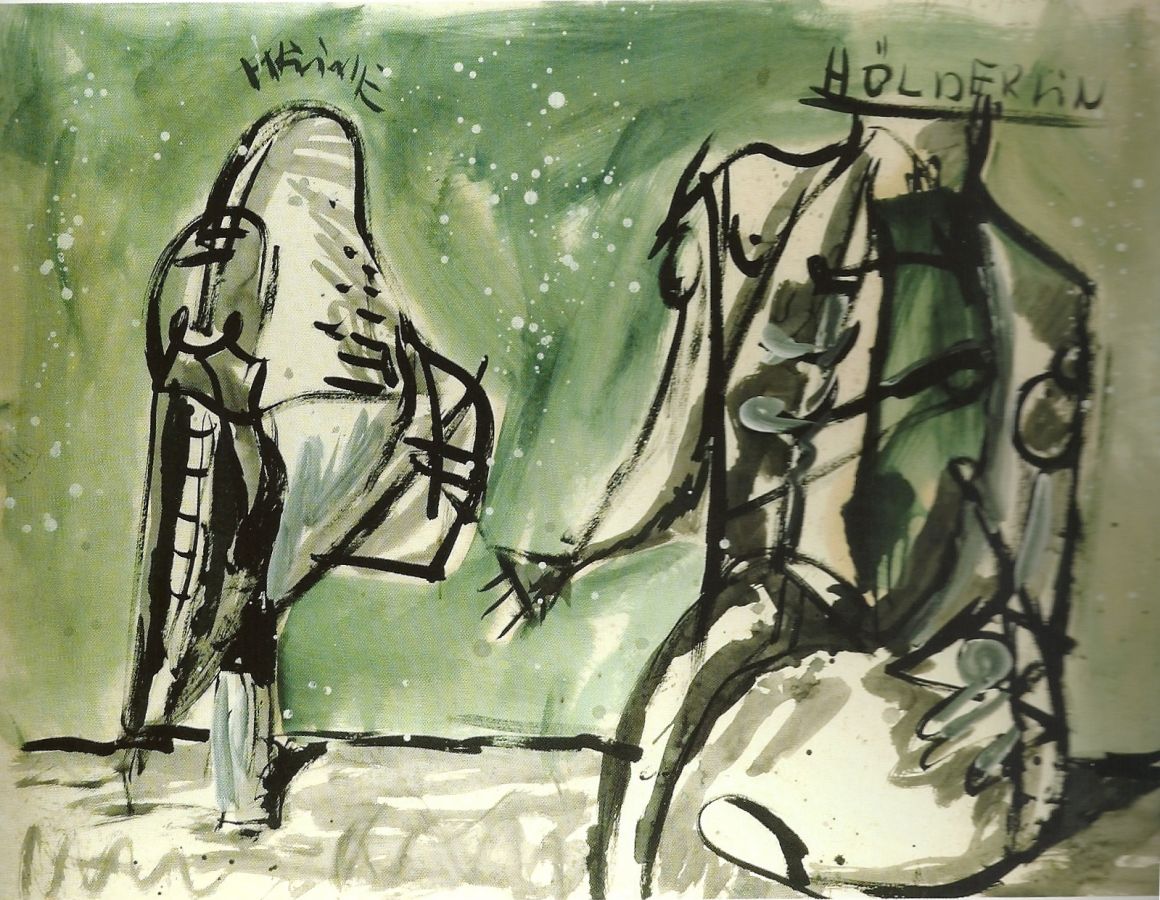 In Berlin, in 1980, the debut of the "New savages" took place (a term that indicated, since its appearance, artistic paths also distant from each other). The name of the exhibition is indicative, Heftige Malerei [Impetuous painting], whose protagonists were some art students from the province, who had already been working for three or four years in the divided city. The group was formed in 1977 with the opening of a private gallery on Moritzplatz, a gallery self-managed by thirty-year-olds Bernd Zimmer and Rainer Fetting and by 24-year-old Helmut Middendorf, joined by Elvira Bach and Salomé. Led towards a brutality of forms and violent chromatic accords, these artists focus on life in the metropolis, often interpreted in a critical or negative sense (the recurring image of the wall). An attitude that recalls that of Die Brücke's predecessors, Ernst Kirchner and Emil Nolde in particular, often cited openly by both Zimmer and Fetting.Simultaneously with this Berlin experience, another group of artists in their thirties emerged in the Rhineland, active mainly between Cologne and Düsseldorf, the Mülheimer Freiheit [Freedom of Mülheim]. It included, among others, Jirì Georg Dokoupil, Walter Dahn, Hans Peter Adamski, Gerard Kever, Peter Bömmels and Gerhard Nashberger. The catalyst was probably Dokoupil, an artist of Bohemian origin who, however, had studied with Hans Haacke at the Cooper Union School in New York and had faithfully attended his compatriot Andy Warhol and, perhaps, Jean-Michel Basquiat.
In his works we find the reflections of a "vulgar" painting that rejects the academy and certain rigidity of Conceptual Art - which had been its educational basis -, drawing inspiration directly from the mass media. Indifferently attracted to every style, Dokoupil re-elaborates many provocations of street art, sprinkling them with a strong dose of irony and joy and using them as if they were the only antidote to the climate of artificial cold war that was being recreated in Europe.Versatility and contamination, enigmaticity and nomadism, as well as a certain influence of Surrealism, bring him closer to his contemporary Walter Dahn, born in Krefeld in 1954 and always active in Cologne. A very young pupil of fellow citizen Joseph Beuys, he was responsible, among other things, for the rediscovery of the so-called "blackboard drawings" by Rudolf Steiner, the Austrian philosopher and founder of Anthroposophy.
The experience of Dokoupil represented, for the "angry young people", a revelation that responded to their primary need to paint always and in any case, rejecting on the one hand the intellectual and conceptual temptations still in vogue and on the other any form of homologation, in particular those of the art system. With a personal and immediate approach, the outcome could sometimes result from kitsch ingenuity and sometimes from immoderate excitement, but it was certainly the result of an unprecedented recovery of painting.