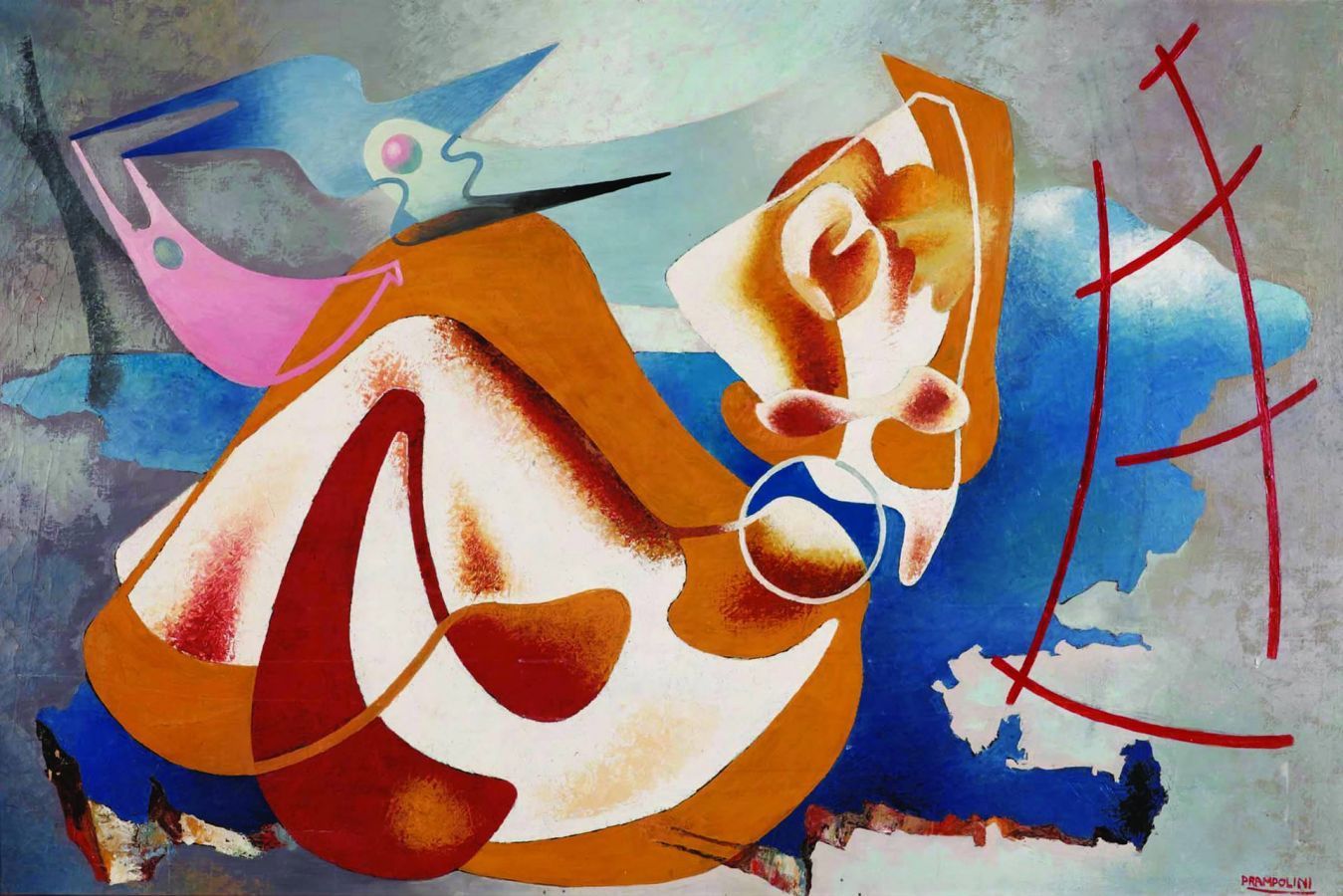 6) Depero was incorporating the noises experienced by Luigi Russolo into his artistic work, and Balla, also with Depero, would have drawn up the manifesto The futurist reconstruction of the universe (1915). For Balla, it was a question of bringing to the Presence an Object resolved in Action. Pure action, like that of the Fichtian ego, first, and then Gentile. An ego destined to become one with the object and therefore to deny any reappearing objectuality; in an infinite vortex of iridescent interpenetrations (such as those painted by Balla between 1912 and 1914) that should have first of all liberated the field to the power of an ego that did not intend to break only with this or that past, but with every past as such . An ego that would have been as such a 'break with the past'; with that past with which we always have to deal, however, where we encounter the resistance of the given - that is, with that mendacious 'data' that could never prove to be faithful to its origin.On the other hand, if on the one hand the ego is originally responsible for the existence of everything there is - destined to produce an objectivity that ultimately becomes the perfect emblem of its own infinitude so powerful as to be able to produce - and to be such only in relation to this production - the abysmally distant from itself: that is, the finite, the object, the other, the finite and limited Not-I that we call 'world' ... as Grossatesta well knew, in fact, the finite can only result from the infinite multiplication of the infinite) -, on the other hand the result of his doing was destined to appear as an obstacle to his own infinite power, and therefore to constantly deny the same infinitude which made it possible anyway. That is, to exhibit one's own falsity; that is to say the deception constituted by an otherness of which the artist could not have failed to feel capable of revealing the true nature. Showing that it was not what it appeared to be.By showing that what it is is what it seems, only, to be - but it is not.
Because, we could note with Fichte (of whose philosophical horizon the Futurists represented an extraordinary and radical incarnation), "whoever becomes aware of his own autonomy and independence from everything that is outside him - and such becomes from oneself, independently of everything - he does not need things to support his self, and is able to do without them, since they deny his own autonomy and turn it into empty semblance. The self that he possesses and that interests him denies that faith in things; by inclination he believes in his own autonomy: he reaches it emotionally. His faith in himself is immediate ”30.