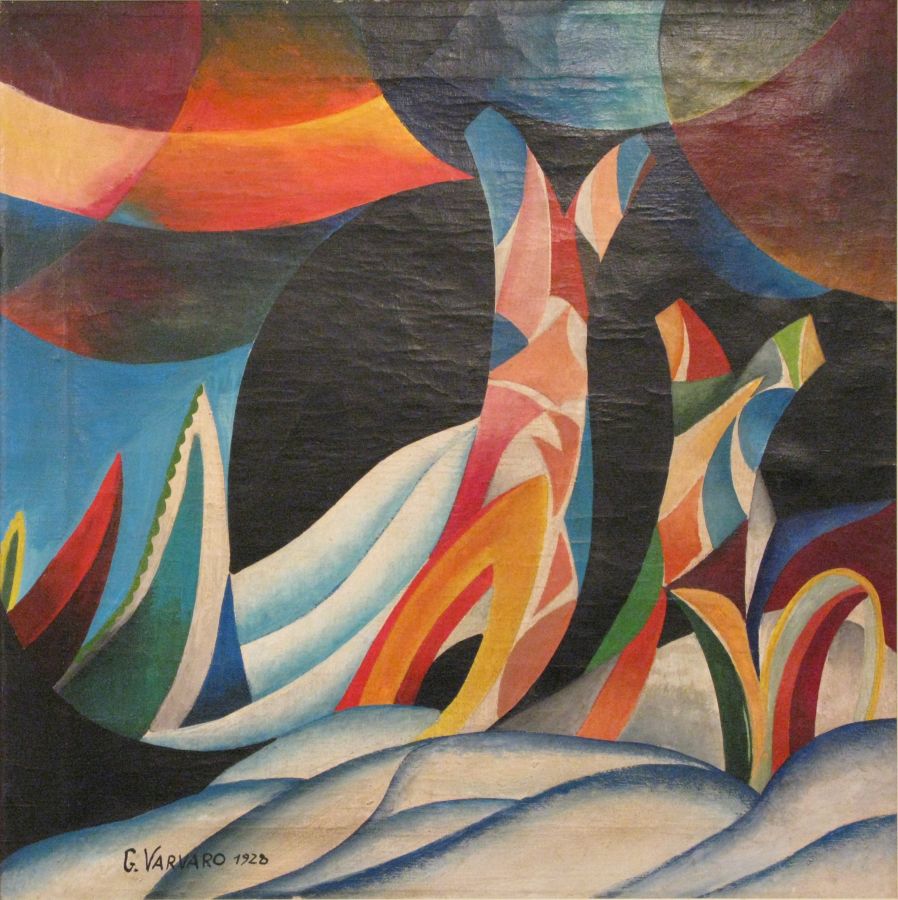 The futurist painters wanted to show that, really, if life is a continuous evolution, a continuous becoming, and therefore if the body changes shape at every moment, then "there is no form, as the form relates to what is immobile, while reality is movement… this is why only the continuous change of form is real ”; in perfect conformity with what the French philosopher Henry Bergson was writing in those same years, indeed shortly before (1907). The Futurists wanted to stop looking at what happens, and turn instead, simpliciter, to its own "happening"; they wanted to stop looking at the result of the change, as if a quiet result could really be there. They wanted to look at the change in his own making ... but the reality that stood against him seemed to prevent it - effectively merging with what a long past had ended up believing there was. In other words, it was a question of dismantling that mechanism by virtue of which we end up perpetuating an abstractly cinematic knowledge; which in fact believes that it is dealing with simple states in succession. And to activate instinct, intuition - the only ones that, as Bergson also believed, allow one to relate to "relationships" and "continuity" (where the intellect seems rather destined to discontinuity and form, that is to perceived as motionless "substances"). And therefore to overcome the limits of an intelligence that is in any case destined to miss an essential aspect of life: becoming radical. What, however, alone would have allowed a real experience of the invention.
"As for the actual invention, our intelligence fails to grasp it in its emergence, that is to say in what is indivisible ... to explain it, in fact, always means breaking it down, despite being unpredictable and new, into elements already known or pre-existing ".Life, in fact, transcends finality, always according to Bergson; and above all because the past is perfectly contemporary to the present, as is the future. It is therefore not a question of successive states; linearly arranged as points in a straight line, to be followed one after the other. Because, in truth, only "now" is the past created as such; and the same also happens in relation to the future - which will never be realized, beyond its making a credible promise precisely because currently projecting itself into what still (in the hour in which one is always and in any case) is not what it is. Therefore, according to the French philosopher, mesurer la vitesse d’un mouvement ... c’est simplement constater une simultaneité. Hence the thematization of the simultaneity of chromatic and luminous tensions which, however, in Futurist art, unlike what had happened in the Bergsonian period, became conditions for a very new and unavoidable practical action38.