GIACOMO BALLA AND THE MUSICA PT.2 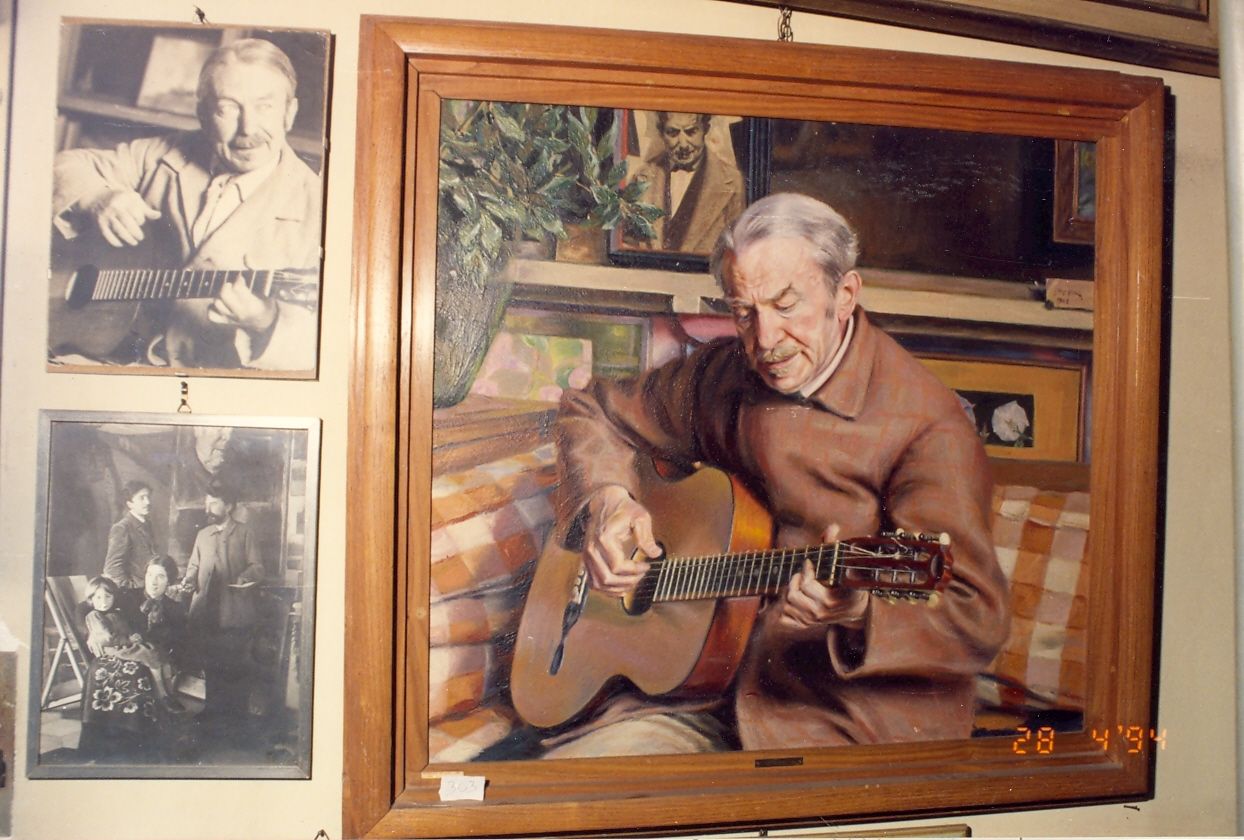 Even before futurism, Balla was attracted by the sound dimension of the image, by the acoustic sensation that accompanies the visual data. In 1898 he painted a series of oils on wood, the «Roman Macchiette» 5, dedicated to the street vendors observed in the streets of Rome. Then, inside each painting, he inserts their typical cries of call, such as "We have them croissants for two pennies each ..." or "La ricooootta freeeesca ...". This same desire to give sound to the image, that is, to complete it in its making explicit as a perceptive and sensitive experience, will be found, in a structurally more elaborate way, in the Futurist years. For example, in a work such as Inaugurating Authorities of 1922, in which Balla introduces the words that characterize the behavioral movement of the characters with the same repetitive mechanicality of the cries of "Roman macchiette" 6. In the 1906 painting as an accordion player, placing the musician's hand and instrument in the foreground7, he also seems to announce the now famous Rhythms of a violinist, painted six years later, in the home of the lawyer Löwenstein, in Düsseldorf.
The subsequent research, from mechanical speeds to "plastic complexes", is carried out largely under the sign of noise. Balla explores the noises that accompany the kinetic event, tries to return them with color, shapes and lines on the canvas. He introduces the reference to noise in the title of his paintings, which is sometimes transcribed in the space of the image itself: for example in the painting Rhythm + speed + car noise of 1913-1914. He thus wants to channel the reading of the work on the visual equivalents of the acoustic sensation that accompanies the passage of the car on the run. He thus passes from synaesthesia to synopsy, that is, from chromatic equivalences to graphic equivalences. He is interested in the "noise forms" inherent in the internal combustion engine of a motorcycle, distinguishing them graphically from those produced by the noises of a car. Then, by extracting and isolating the formal elements obtained from the observation of the kinetic phenomenon, he creates abstract compositions of cadenced and progressively oriented "noise forms" in space. He paints them with varnish on gold paper to render, through the fleeting luminosity of the support, the visual effects that correspond to the sudden manifestation of the acoustic sensation. From the «noise shapes» Balla also obtains decorations for lampshades15 or motifs for embroidery