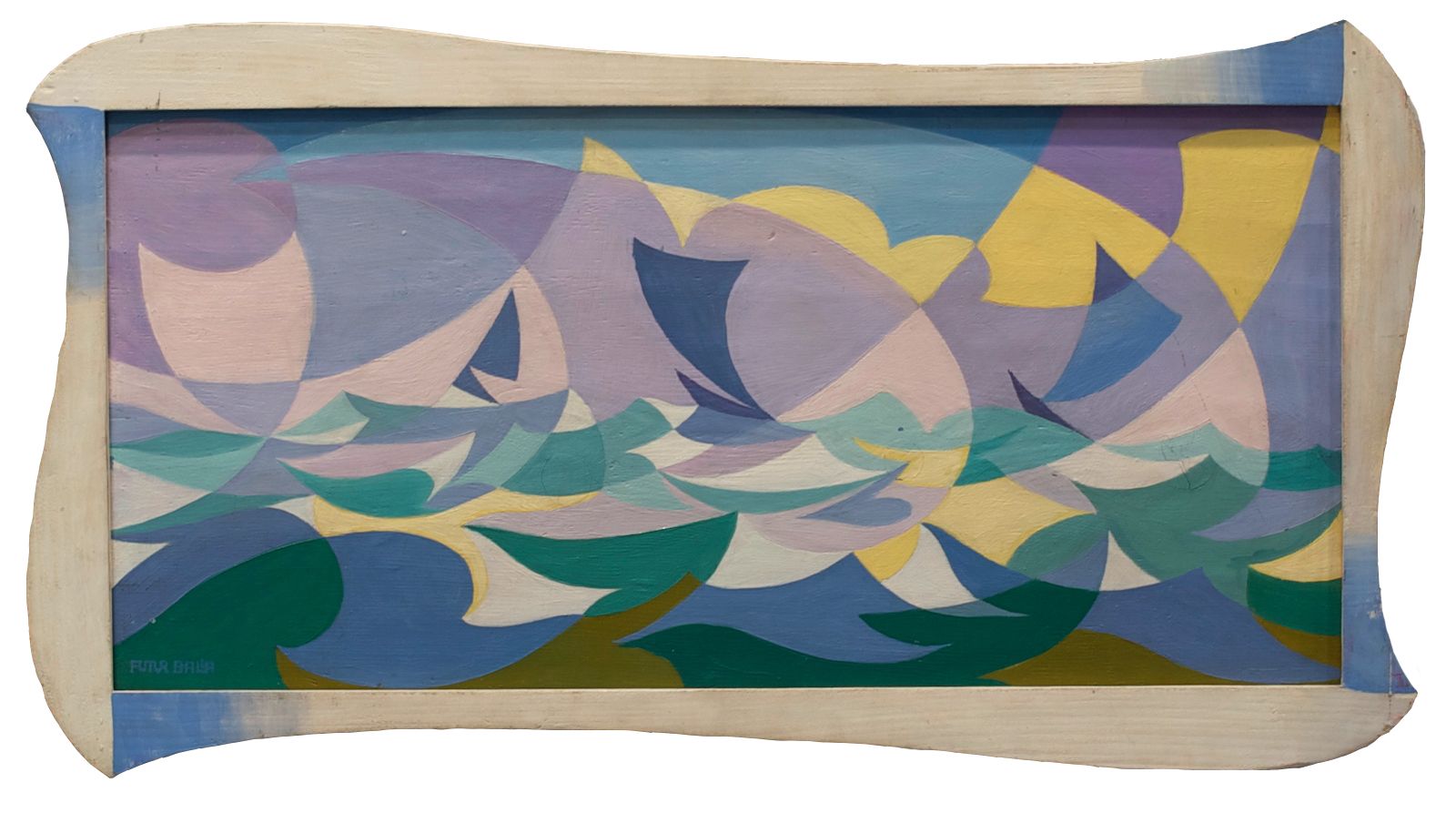 Viareggio, 15-30 September 1919: Giacomo Balla stays with his wife Elisa and the daughters as a guest of a friend of Elisa's mother. In a postcard sent to the architect Virgilio Marchi in Livorno and eight painted postcards, sent to his mother, he describes the sensations of the sea and draws colored patterns of sails in the wind. It is the beginning of a new "natural" cycle. The sea force lines after the landscape force lines.
Elica Balla writes: he spent hours standing on the pier taking notes in his notebooks, on those small sheets of paper he marked the crest of a wave, the embroidery design of the white foam of the sea, the exact line of a sail, the shape of a cloud on the horizon, and those tiny signs were the key with which he alone knew how to open the vision of new works inspired by the sea.
Remember Virgilio Marchi, who had witnessed the genesis of the cycle: In Livorno, on the sea following the fluttering movements of certain bersaglieresche feathers remaining with the thunderous motion of the Tyrrhenian on the cliffs. Balla establishes that the sea breathes and even the feathers of the Bersaglieri breathe. Balla drew argument from the most daring and pyramidal observations which we then reviewed translated into plastic reality in bizarre frames.
There are several themes analyzed in this cycle starting from the image of the sea - sky - sails: the theme associates the sense of boats and sky that recall, by empathy, those of the sea.
The theme of sea force lines was therefore developed by Balla in the winter of 1919-1920 in at least thirty experiments. This experimental cycle finds its complete realization in the large 12 canvases 70 x 100 cm with wavy frames that address all the themes of the sea and sails in the wind.
The lashing wave frame, present in all the paintings of the series, helps to clarify the dynamic and decorative sense of the research.
This 29 x 60 cm tablet presents the motif of the sea force lines captured in the morning with the lashing wave frame like the large 70 x 100 cm canvas always with lashing wave frame.