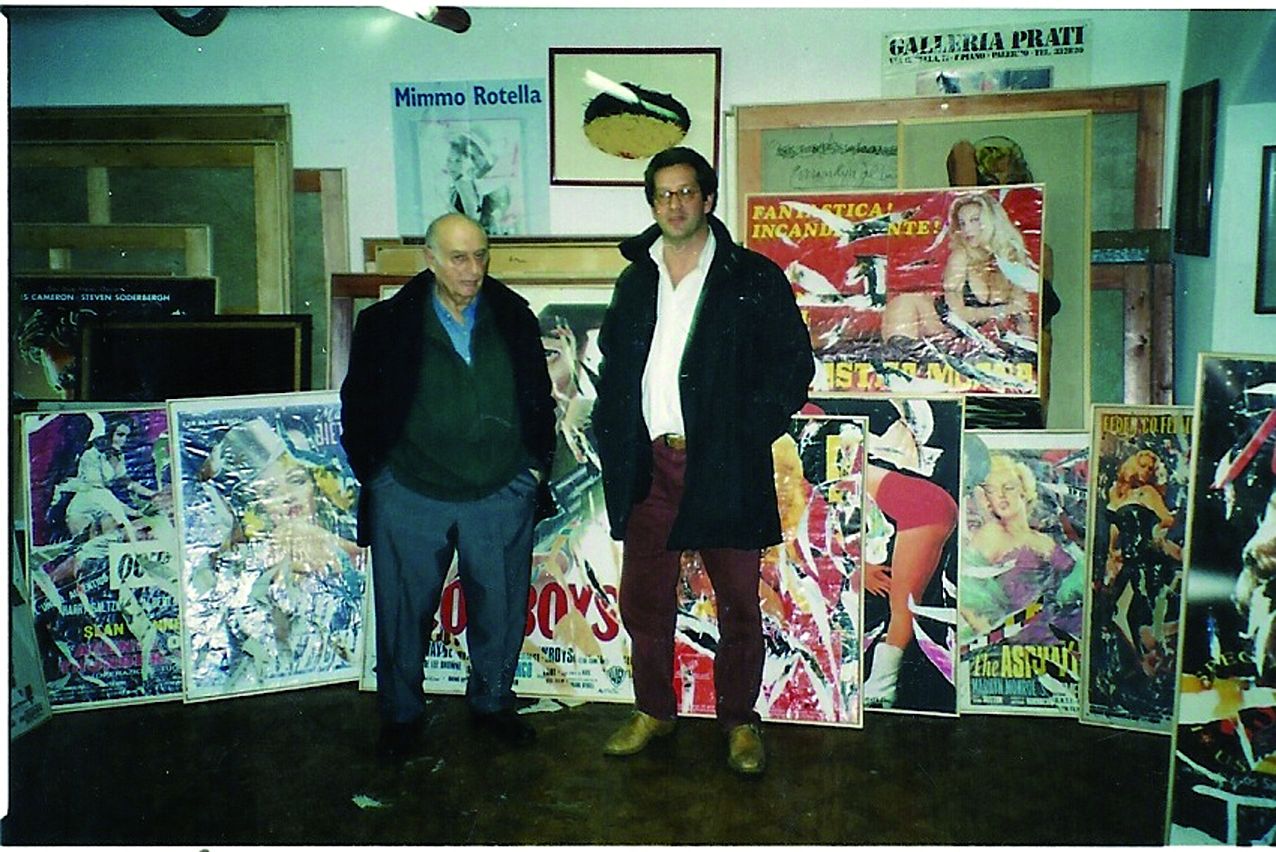 Mimmo Rotella is an 'image robber' uses stolen, torn, attacked and
shown outside a city that is increasingly configured as a series of mathematical data.
Mimmo Rotella invents décollage, a particular kind of iconoclastic fury: the first
tear Mimmo Rotella makes it against traditional painting by inventing
a way of destroying and hurting the image that actually enhances it and makes it unique, subtracts it
to the media repetition that steals its soul, and destroying the posters (film, political,
advertising) makes them enter contemporary art galleries. The artistic path of Rotella
it started a few years earlier, in '45, with pastels, pencils, oil, but already in '49 it began
to feel some impatience and start composing the "phonetic and epistaltic poems",
becoming, in fact, a "performer". He always talked about his fixed idea: to find one
new language of art, and decollage has become a kind of linguistic revolution that
introduced elements foreign to the visual tradition. Definitely Rotella, while creating one
series of variations on one's own expressive form (just think of "Art Typò" or "Frottage")
he is the European artist who, maintaining his own autonomous identity, has dialogue better
with friends of Pop Art, even if he claimed: “I think I descend from Duchamp.