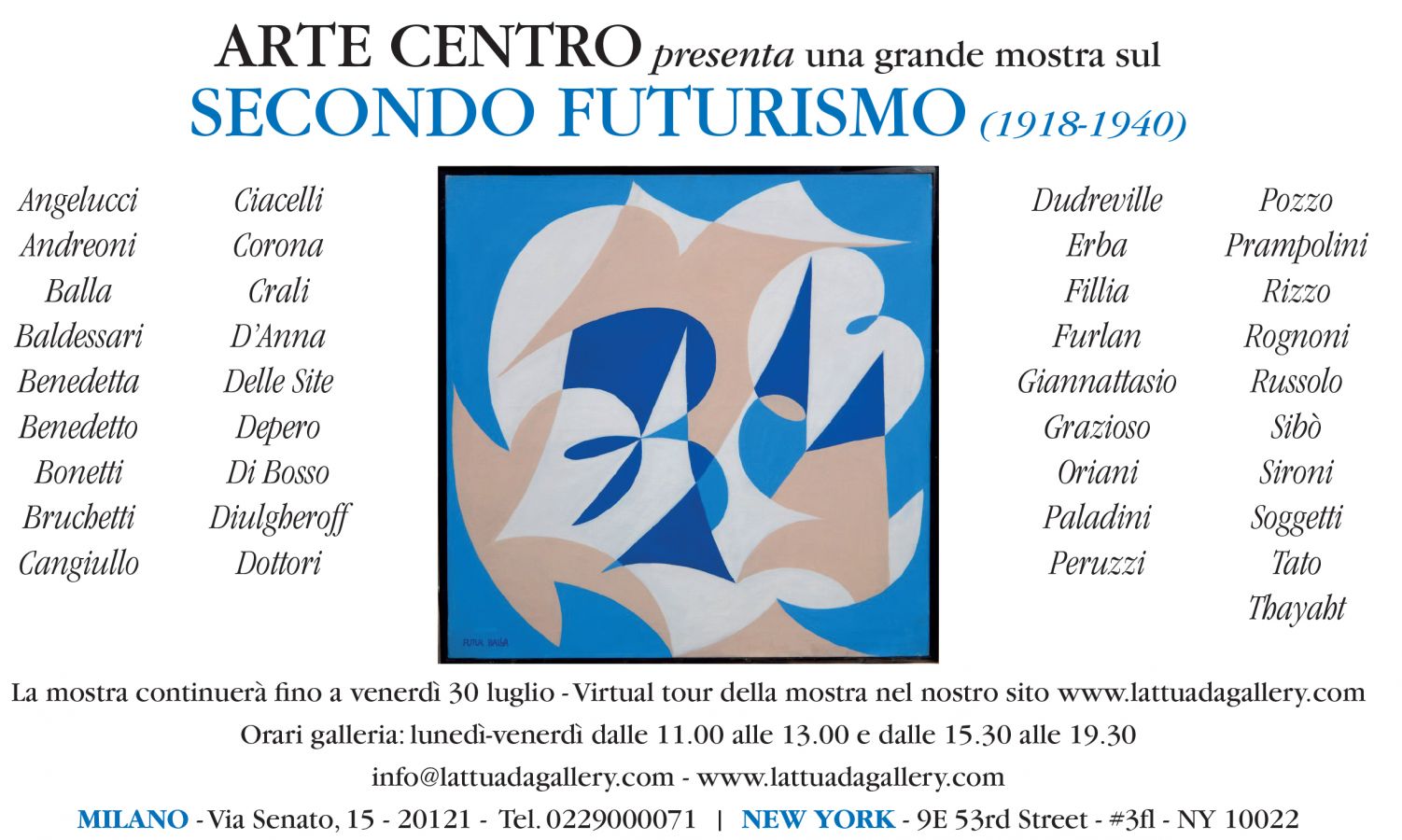 “1916, Verona, Monumental Cemetery.
In the rain, there are many, many mourning the premature death of the great futurist exponent Umberto Boccioni: he leaves a complete and heavy 'legacy', the Realized Dream of the Manifesto enunciated by Marinetti in 1910, and a veil of uncertainty: what will become of it of the Bold Movement, after one of its milestones fell?
Futurism, what destiny will it travel, where Boccioni himself had imprinted on it those characteristics of speed, movement and swirling dynamism, which had made the Current already unique in its kind?
We are in 1918, and the Season of the Second Futurism opens, starting from the Tragic Mourning.
On display at Da Arte Centro - Lattuada Gallery, In Via senato 15, Milan, From Monday - Friday from 10.00 - 13.00 & 15.00 - 19.00 - Saturday by appointment only, the Futurist Art lover public will finally be able to see some of the artists more representative and inspired of this magical moment, in which Futurism, Surrealism, Mysticism, Aeropainting come together to give life to the Movement conceived by Marinetti.
Well-known names, such as Depero, Baldessari, Tato, D 'Anna, are placed side by side with lesser known names, such as Angelucci, Delle Site, Dottori, and others, to create an admirable vision of the whole, a concert of voices dedicated exclusively to those authors that the Criticism of the second half of the twentieth century has patiently tried to periodicize and recover, within the European avant-gardes.
With Catalog by Di Arte centro - Lattuada Gallery, Preface by Flavio Lattuada and Critical Text by Maria Elena Loda.
This major exhibition on Second Futurism will continue until Thursday 29 July 2021. "