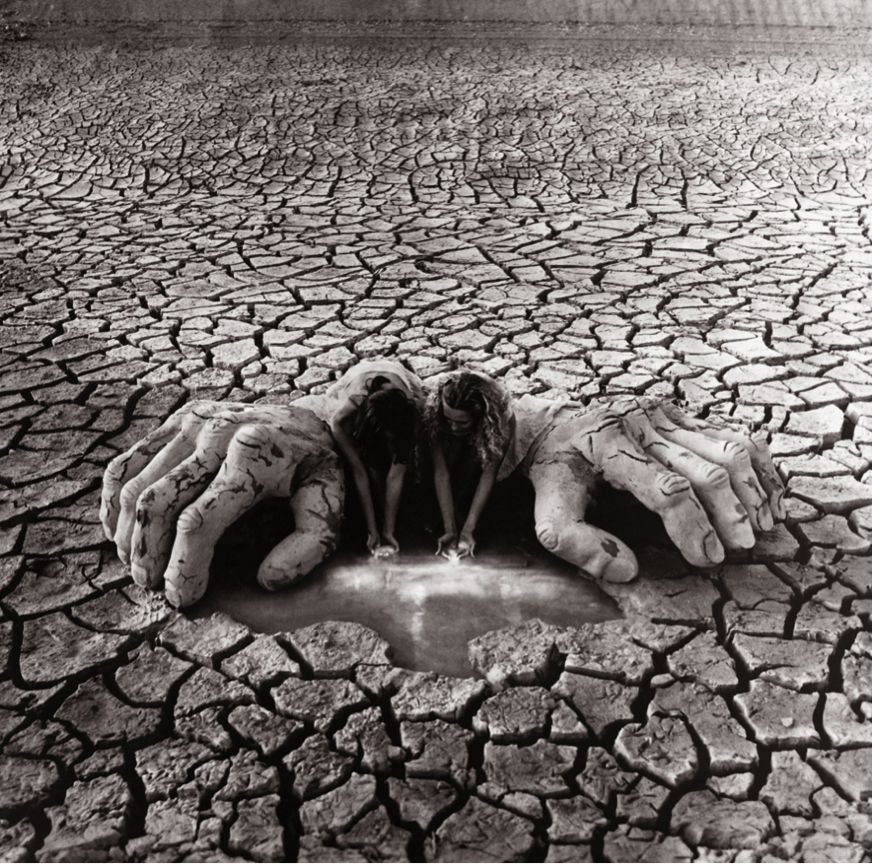 The questions that Roberto Kusterle poses to us with his staged photography,
are marked however: marked in the anthropological extensions of time and spirit,
in both their stories and their appearances and are measurable solely through the
fantasy dissociated from reality and through oneiric journeys towards extended and undefined distances.
Distances that cause an unpleasant sensation, of double meaning, of morbidity, of the grotesque
and human paramitology, on its coexistence with nature and the animal world. The
the medieval spirit of Bosch, the mannerism of Arcimboldo, the compositions of the surrealistic repertoire
- however different from Maxernst's modernist playfulness and poetic enchantment, alienation
from the permanence of contemporary man: here, all this is precisely defined
and coexistent, Kusterle transmits it to us in compositional gray and black and white clippings,
in puzzles that allow the coexistence of various and intertwined stories, as well as their main ones
figurative antagonists with reduced, symbolic, living and non-living objects. And in all this it is not
finds any inaccuracy or forced collages: Kusterle is yes, master of the epic tale,
but also of the idea itself or of its elaboration: without the "tehné" it wouldn't even exist
his narrative "anahronos".
Kusterle's art is outlined by dark poetics with very expressed narrative components. The
photographic medium acts exclusively as a fixer of the ongoing drama and does not announce the
its solution. In fact, the protagonists are none other than enigmatic human beings, enclosed by
mostly in animal masks, predominantly in the form of fish, in winged infernal metaphors, in
ghostly fairytale midgets, in helpless sisyphian-sized giants carrying or dragging
of the immense supernatural and heavy loads. The totality of the dramaturgy of
Kusterle evolves as though through the sequences of a well-directed film; and we remain as
pending their eventual reunification in a very particular order. The becoming, told
from Kusterle's lens, he stands there, ready and wide open in the face of impotence
physical and spiritual man who is confronted with his own fatal cataclysm.