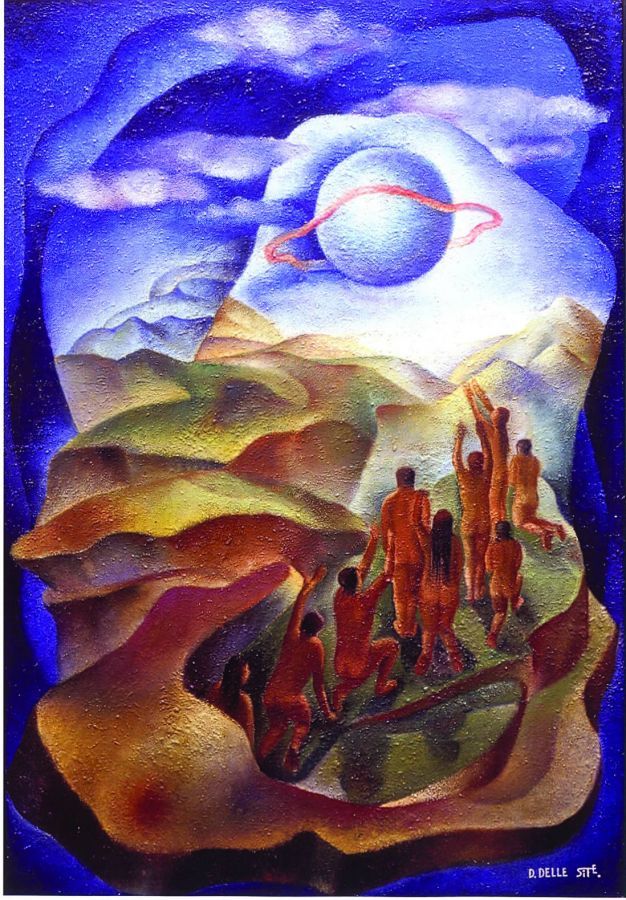 In 1918, at the end of the First World War, the Second Futurism season opens, starting from the elaboration of the tragic mourning for the master Umberto Boccioni.

Two years earlier, in 1916, at the Monumental Cemetery of Verona, in the rain, many, many, mourned the premature death of the great futurist exponent; Boccioni leaves a complex and heavy legacy: the desire to realize the dream of the statements contained in the Manifesto drawn up by Marinetti in 1910, and a veil of uncertainty. What will become of the Bold Movement, after one of its milestones has fallen?
What destiny will Futurism have, what paths will it take, after Boccioni himself had imprinted on it those characteristics of speed, movement and swirling dynamism, which had made the current unique and extraordinarily original?

The public passionate about Futurist Art will be able to see, at Arte Centro - Lattuada Gallery, a collection of a hundred works: about seventy oils on canvas and about thirty drawings and tempera on paper.

On show thirty-seven of the most representative and inspired artists of that magical moment, in which Futurism, Surrealism, Mysticism and Aeropainting come together to give life to the Movement conceived by Tommaso Marinetti.

Well-known names, such as Depero, Sironi, Balla, Baldessari, Prampolini, Tato, D'Anna, join other less famous ones, such as Angelucci, Delle Site, Dottori, Giannattasio to give life to a collective that offers a harmonious vision of together, an admirable concert of voices expressed by those painters whom the critics of the second half of the twentieth century recovered with determination and therefore historicized within the international European avant-gardes.

Catalog edited by Arte Centro - Lattuada Gallery, with a preface by Flavio Lattuada and a critical text by Maria Elena Loda.