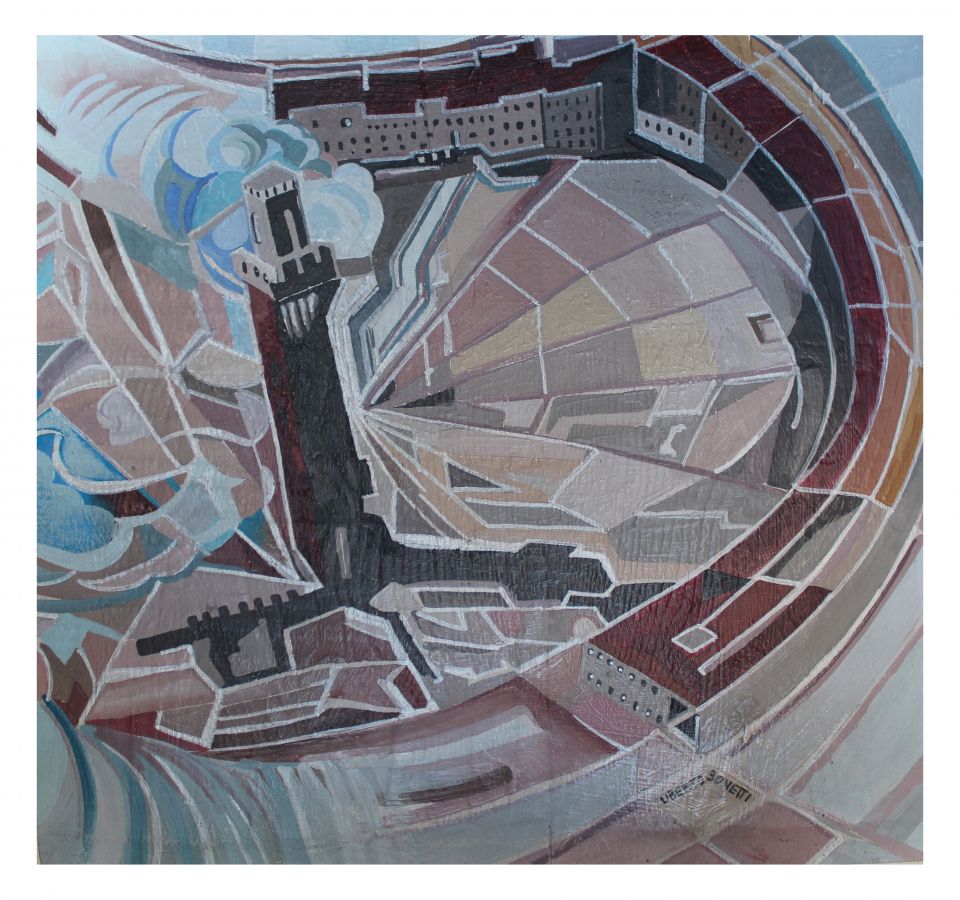 From the very beginning, Futurism has exalted the automobile and the movement produced by new technologies. In the 1910s and 1920s, trains, boats and automobiles are symbols of progress and Futurists looked at them with deep interest, transferring them into culture, literature and painting. Anyway, only at the end of World War I airplanes become more and more important not only in the military field, but also as means of transport of people and goods.
Companies among which we can cite FIAT, Ansaldo, Breda and S. A. Cantieri Picchiotti (located in Viareggio) start producing airplanes for the Regia Aeronautica (Royal Air Force).
Aviators such as Italo Balbo regularly go to Versilia, and at Torre del Lago people practise testings and air manoeuvres, flight training and aerotourism.
In 1921 the Viareggio airport opens up also thanks to Gabriele D’Annunzio’s contribution and in 1927 the seadrome of Torre del Lago is created. Bonetti flies for the first time in 1928 with Krimer and Viani. He discovers the emotion related to the dream of being able to fly and he also discovers the new optical perspectives that he will introduce later in his painting. Bonetti will then be attracted by the “fluid perspectives of flight” and by the representation of speed highlighted in Marinetti’s Manifestos.
The «Manifesto of Aeropainting» indicates a new movement within the futurist painting research, a new birth of the myth of mechanics and speed through a new perspective, without forgetting the differences among the artists and among the futurist groups of different areas.
“This aeropainting vision, whose character is substantially polycentric, is a ceaseless and graduated multiplication of shapes and colours with some extremely elastic crescendos and diminuendos which intensify or spatiate, giving birth to new gradations of shapes and colours”.
(«Il Manifesto programmatico dell’Aeropittura» – «The Manifesto of Aeropainting»).
“The geometric exasperation has found a new balance in the abstract-geometric-Linearism, independent from shape”(Prampolini).